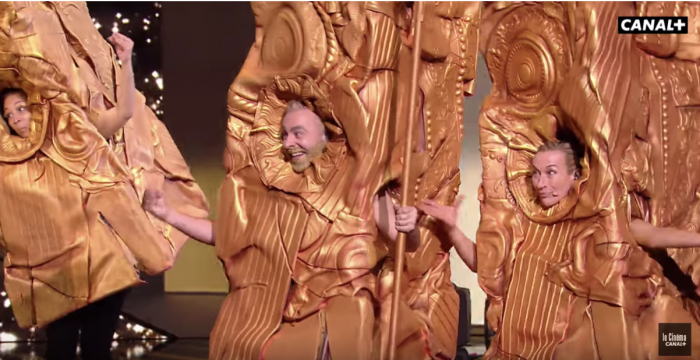 Wondering what these people dancing in bizarre-looking costumes are doing? This photo is from last year’s César ceremony, the French equivalent of the Academy Awards! The first Oscars ceremony was held in 1929, forty seven years before the French created the cérémonie des César, whose 44th ceremony will take place this Friday, the 22nd! We’ve created this list for those who are curious to know more about the famous French event and how it differs from its American counterpart. 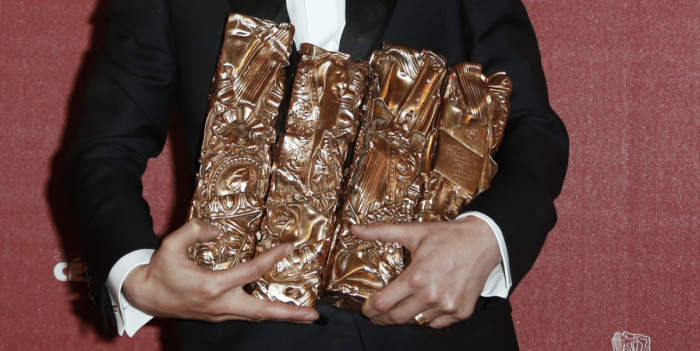 The César is named after the sculptor who made the first award, César Baldaccini. While the award’s size and weight is comparable to that of the Oscar statuette, the Oscar is made of bronze and plated with gold while the César is only bronze. 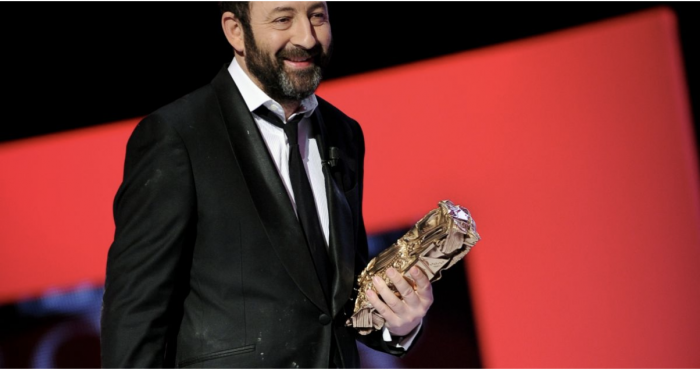 For the first time in thirty years, the Oscars will not have a host. This year, the host, or maitre de cérémonie, of the Césars is the famous French Algerian actor Kad Merad, best known for acting in the French hit film Bienvenue chez les ch’tis. Watch Merad’s trailer for the ceremony here. The Césars also have a president, and this year’s is Kristin Scott Thomas, who will give a short speech at the beginning of the ceremony. Past presidents include Marion Cotillard, Gérard Depardieu, and Jodi Foster.

The nomination categories for both ceremonies are quite similar, although the Césars do not include a best Makeup and Hair Category and, unlike at the Oscars, Most Promising Up and Coming Actor and Actress awards (known as meilleur espoir masculin et féminin) are given out at the Césars. You can see all the 2019 César nominations on their website here,  or read the list in English here. 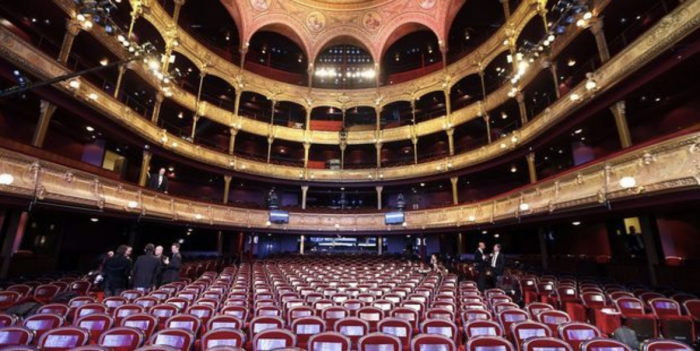 If you’ve watched the Oscars live before, you know that you’ll be waiting over three hours for the best picture announcement. The Césars generally last at least three and a half hours as well, so you may just want to watch highlights from the ceremony. This year the ceremony will take place in the Salle Pleyel, a concert hall in the 8th arrondissement of Paris. 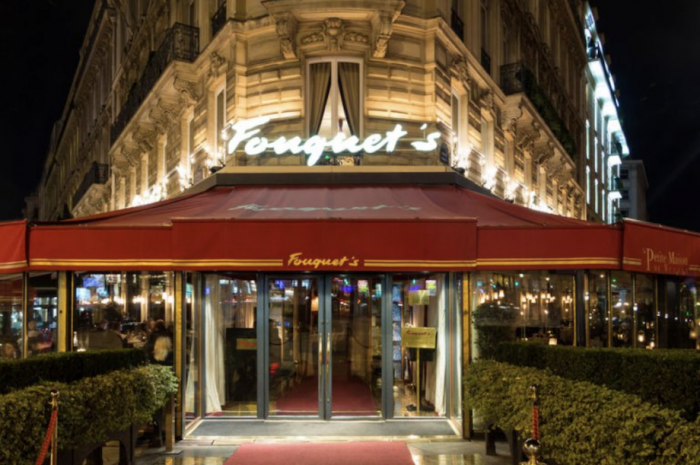 While there are a variety of parties after the Oscars, the French ceremony is followed by a formal dinner at Le Fouquet’s, a chic brasserie at the Champs Elysées. Check out the 2019 Césars dinner menu here. 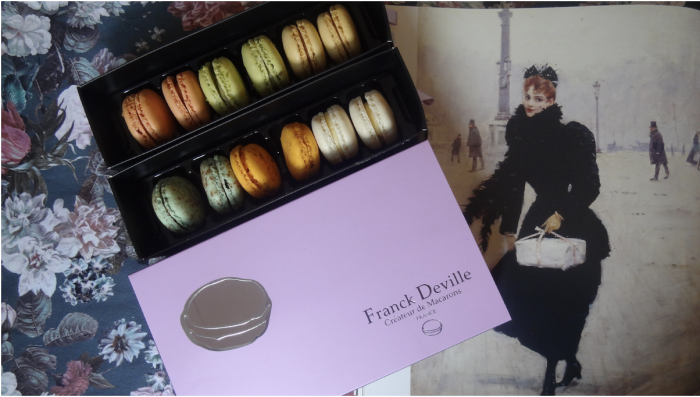 The Oscars are known for their outlandish host and winner gift bags which in the past have included vacation packages, watches, bracelets, spa treatments, bottles of vodka, and maple salad dressing! This year’s bag promises to be quite interesting and you can read about it here. Recently, gift bags have been given out at the Césars as well: designer jeans, Franck Deville macarons, and fancy perfumes. 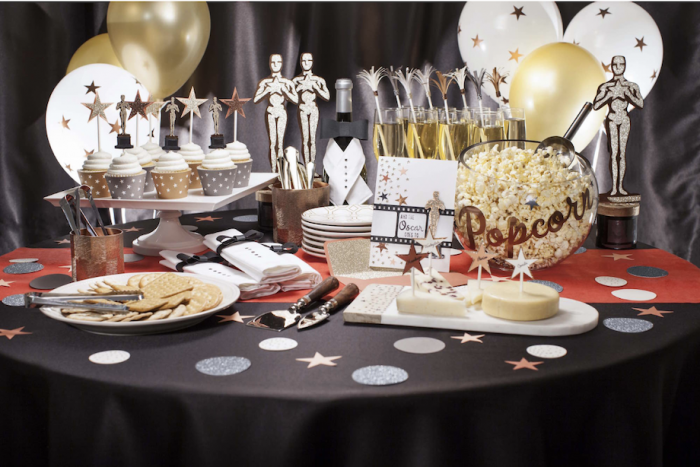 About 33 million Americans watch the Oscars ceremony, and about 1.9 million French people tune in. In the US, watching the Academy Awards is often a big event, and friends get together for Oscars-themed parties. In France, however, it is less common to throw a César-themed party, and the French are often more interested in which movies will win at the Cannes Festival, which takes place in May.

If you’re interested in learning a little bit more about the history of the two ceremonies, watch this short video in French! https://www.1jour1actu.com/info-animee/cest-quoi-la-difference-entre-les-cesars-et-les-oscars/

Previous
8 Differences Between Dating in France and the U.S.
Previous
NYC French Events in March 2019

The Top French TV Shows and...

THE BEST OF FRENCH CINEMA SINCE...