The word cocktail originated in the US, but, according to the French authors of the 1980 guide Cocktails et Boissons, some Parisian bartenders will tell you that it comes from the French word “coquetel.” Un coquetel was a 16th-century drink made from wine and popular in the Charentes region of France located around Bordeaux.

If you don’t just happen to have a copy of Cocktails et Boissons lying around, don’t rush out and buy one. In our guide below to French liqueurs and spirits, you’ll find everything you need to know about the art of the cocktail (or should we say coquetel?). You’ll also learn about the differences between apéritifs et digestifs, as well as about the history of different famous French liqueurs.

If you’d like to learn more about one of our favorite French-inspired liqueurs, check out our InstaLIVE “L’heure du cocktail avec Melissa.” This Friday the 24th at 6pm EST, she’ll be making cocktails with St. Germain, a delicious elderflower liqueur created from fleurs de sureau!

Le Savoir-Faire: Everything You Need to Know Before You Start Mixing 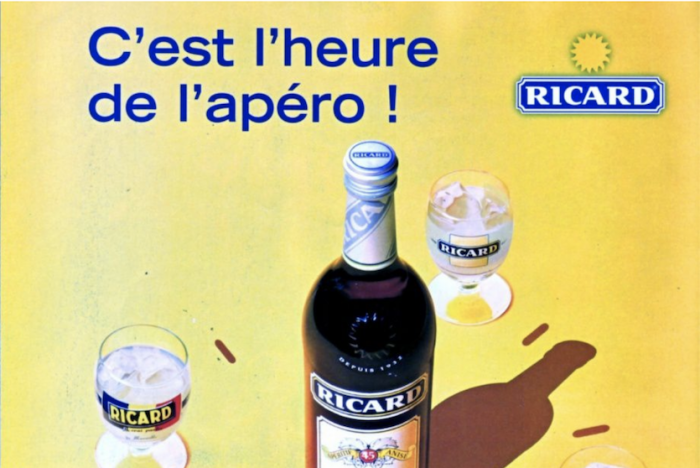 Our top tips to making a successful cocktail: 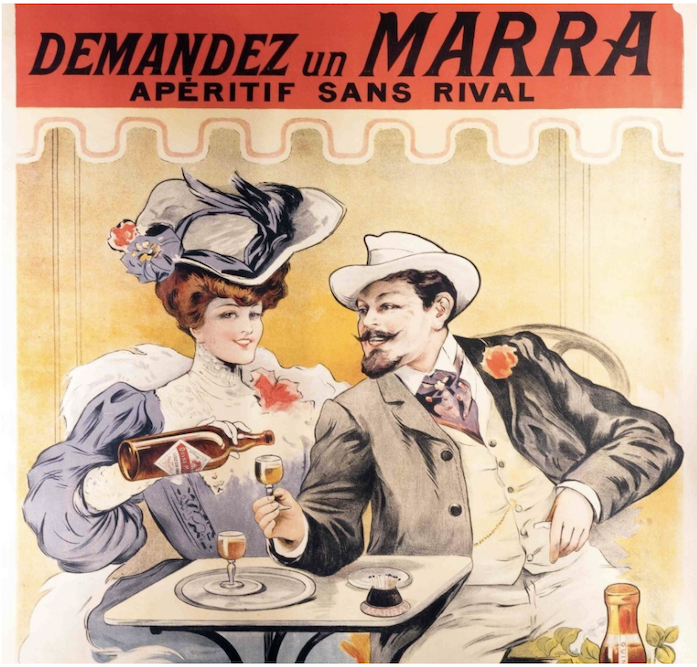 What is an apéro?

According to this Le Parisien article, l’apéritif (or l’apéro, the common, shortened version of the word) is increasingly popular in France. A recent gastronomic study found that almost 90 percent of the French regularly organize un apéro with their friends. And many prefer “l’apéritif dînatoire”⁠—an informal meal where you chat, drink, and eat little appetizers—over a “dîner classique.” Un apéritif can refer to either a social event or a type of alcohol.

Most Americans don’t actually draw a distinction between these two words, but they mean two very different things for the French. Un apéritif is supposed to whet your appetite. It’s something light that you drink before your meal. Un apéritif could be a bitter spirit or a dry wine; the key is that it’s usually not very sweet and it doesn’t have a high alcohol content. Un digestif is supposed to help you digest your meal: digestifs are often sweet brandies, and they have a higher alcohol content. Both apéritifs and digestifs can be liqueurs.

What’s confusing is that some alcoholic beverages are considered both apéritifs and digestifs. Wine can be served as both and so can whisky. (Drink a light and fruity whisky as an apéritif, or a heavier/smokier one as a digestif.) Lillet is clearly un apéritif and Chartreuse is un digestif. But what about Cointreau? It can be both!

Below we’ve grouped the classic liqueurs de France into two loose categories: apéritifs et digestifs. Read through our list and decide for yourself when and how you’d like to drink these liqueurs! 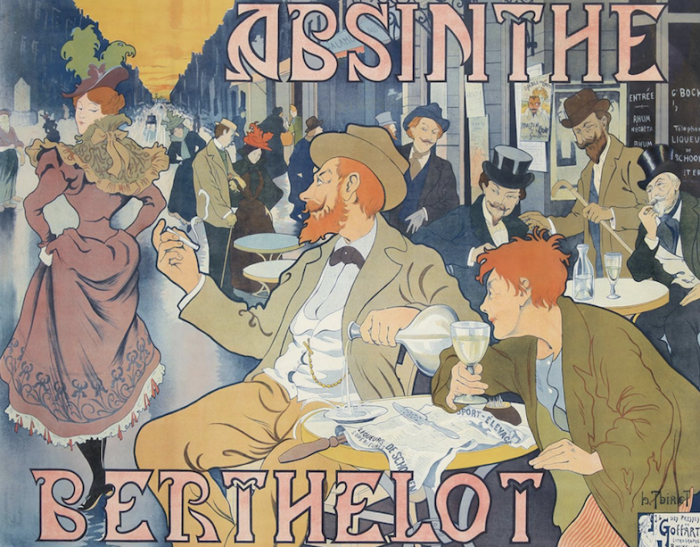 Originally fabricated in Switzerland, the “fée verte” or Green Fairy is the most quintessential of all French spirits. Made from a combination of anise, fennel, and wormwood, absinthe was the most popular spirit in France in the 19th century. You can read about absinthe’s influence on 19th and 20th-century artists and writers here.

The sale and consumption of absinthe was illegal in France between 1915 and 2011. Today, the alcohol content in absinthe ranges anywhere from 45 to 90 degrees. Some French people dilute absinthe with water and drink it as an aperitif, and you can also find it in cocktails like a Bacardi Recuerdo. Many people mistake absinthe for a liqueur, but, because it doesn’t contain sugar, it’s technically a spirit (or boisson spiritueuse). 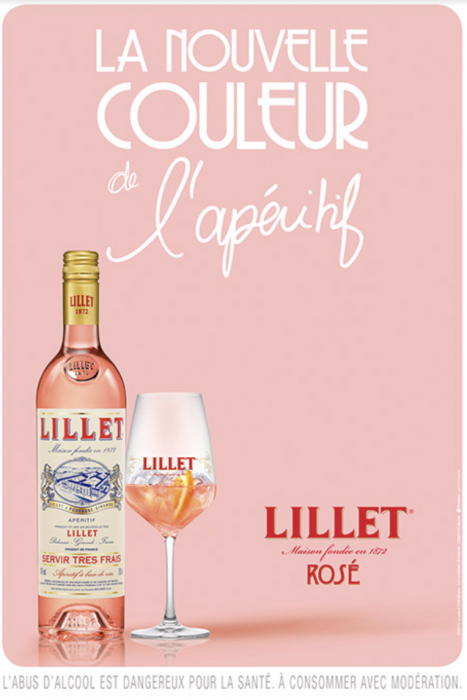 Besides gin and tonics and apérol spritzes, the French love drinking Lillet during the summer. The Bordelais Lillet brothers invented this liqueur in 1872, and it was called Kina Lillet until the 1970s. Lillet was a fashionable aperitif in New York during the 1950s and a favorite of Jackie Kennedy. However, it remained quite unpopular in France until recently. James Bond famously created a Lillet cocktail in Casino Royale when he ordered a “Vesper.” You can drink Lillet straight with ice, with club soda or tonic, or enhance its flavor with lemon, fresh mint and strawberries. 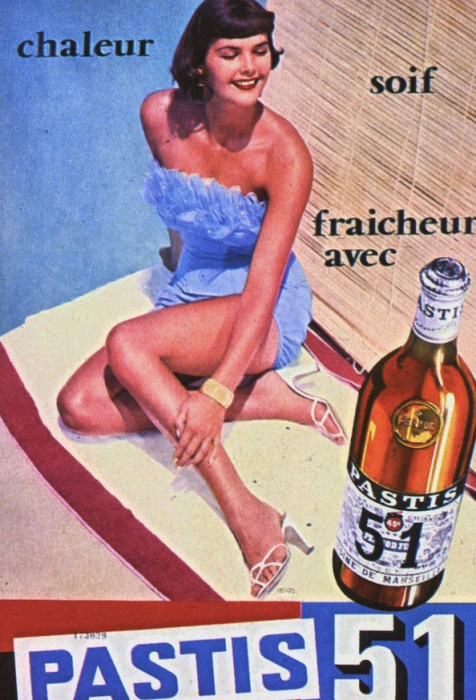 Called “le plus français des alcools” (the most French of alcohols), pastis became the world’s best-selling aniseed-flavored drink thanks to Paul Ricard. In 1915, the French government declared the sale of absinthe illegal because the liqueur drove people “fou et criminel” (crazy and criminal). Ricard, a young Marseillais, decided to set up his own makeshift laboratory to create a liqueur that would resemble the taste of absinthe. He hit upon a recipe that combined star anise, green anise, and licorice. On connaît la suite, as the French would say: the rest is history. 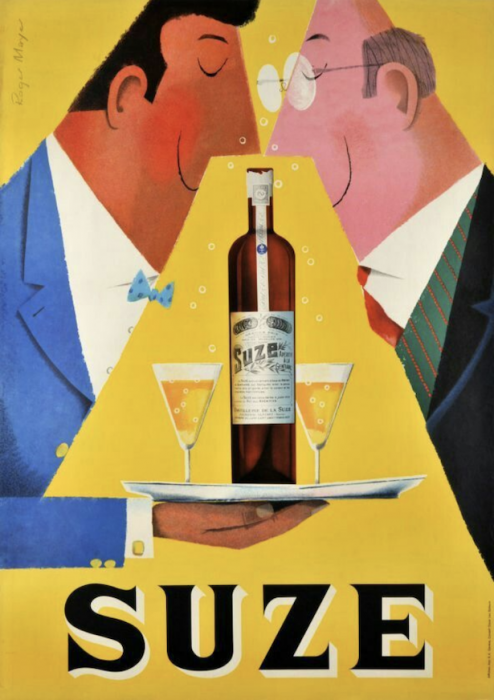 Until recently, many of the cocktails on our list were considered ringards (old-fashioned/uncool). In this interesting French article “L’apéro de papy fait de la résistance”–loosely translated as “You Grandpa’s Cocktails Are Making a Comeback”–the author argues that almost all things vintage, including liqueurs, are becoming chic. Once popular liqueurs like Lillet, Suze, Pastis 51, Ricard, absinthe, Dubonnet, and Chartreuse are seeing a renaissance in France. You can find Suze, a brand of bitters flavored with gentian root, in a variety of older French films, as well as in Georges Simenon and Georges Perec’s novels. Picasso even made a collage with an ad for a bottle of Suze. 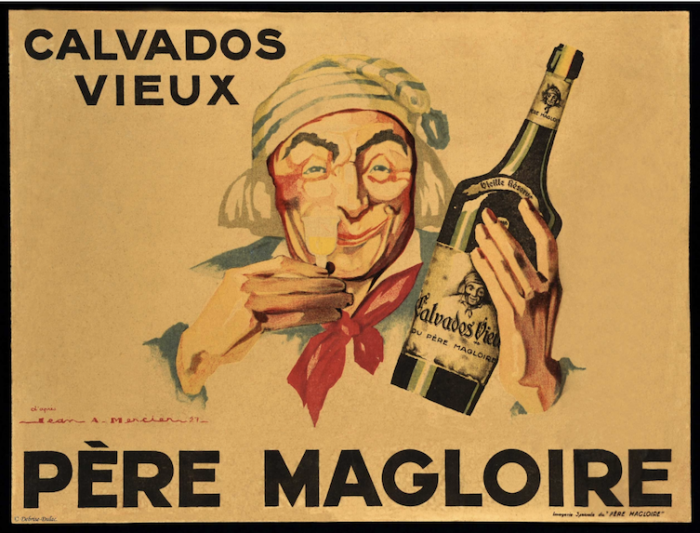 Along with Armagnac and Cognac, Calvados is one of the most famous brandies or eaux de vie in Europe. Made from apple and pear cider, it’s a staple of the Normandy region. If you want to impress someone from Normandy, use the alcohol’s nickname, calva. Try: “Tu reprendras bien un petit verre de calva?” (“Would you care for another glass of Calvados?”) Calvados can be served both as an aperitif and digestif, but it’s more common to drink it during the dessert course. Some French people also drink it during the trou normand, the pause between two different courses. A “trou” is a hole, so the idea is that you’ll create a hole in your stomach big enough to accommodate the rest of a heavy Normand meal! 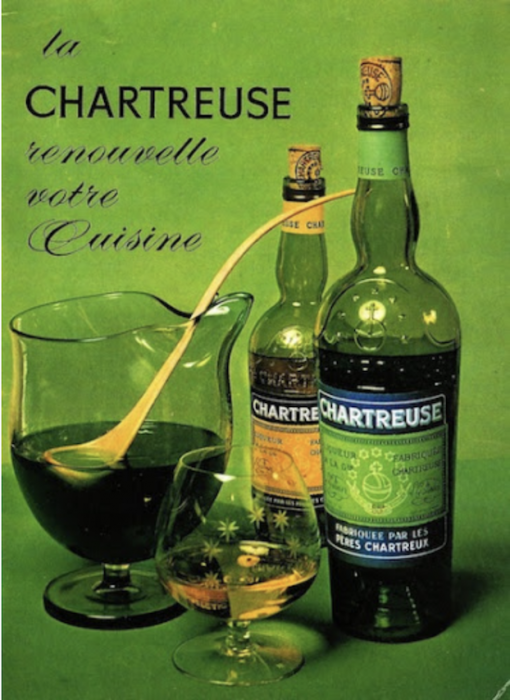 Chartreuse has the most interesting history of all of the liqueurs on our list. According to legend, the Duc d’Entrées gave a secret recipe to the Chartreuse monks in 1605. Called the “Élixir de Longue Vie” (the Elixir of Long Life), the recipe included 130 ingredients–basically every medicinal herb that existed at the time. The monks kept the manuscript containing the secret recipe for over a century, but then the manuscript began changing hands. However, in 1810, Napoleon ordered that all the copies of the secret recipe be sent to the Ministry of the Interior. Since then, only two monks are allowed to know the recipe and they continue to make the secret herbal mixture, which is then added to Chartreuse. Have a hard time believing the story? You can verify that it’s true here! 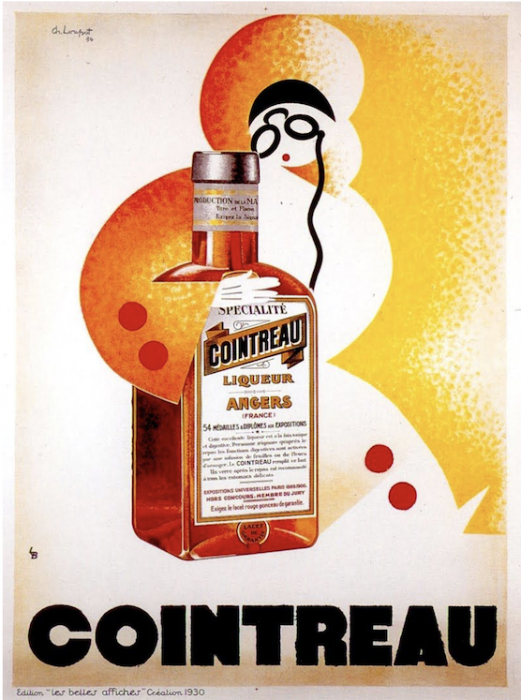 Did you know that this popular orange-flavored liqueur comes from the Loire region? It was created by the Cointreau brothers in 1857, when they invented their famous triple sec distillation method. Cointreau is an important ingredient in Margaritas, White Ladies, and Cosmopolitans. 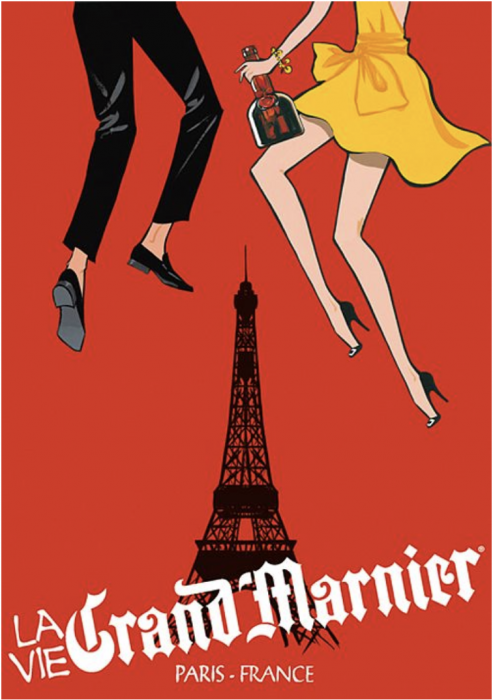 One of the most elegant French liqueurs, Grand Marnier is made with a special variety of bitter oranges and cognac aged in oak barrels. Grand Marnier was created in 1880 and is used in many French dishes, such as Canard à l’orange, crêpes Suzette, and crème brûlée.

Other French liqueurs you should know