Today we spoke with Aaron Gingrich an ER doctor embracing all the learning possibilities New York has to offer. 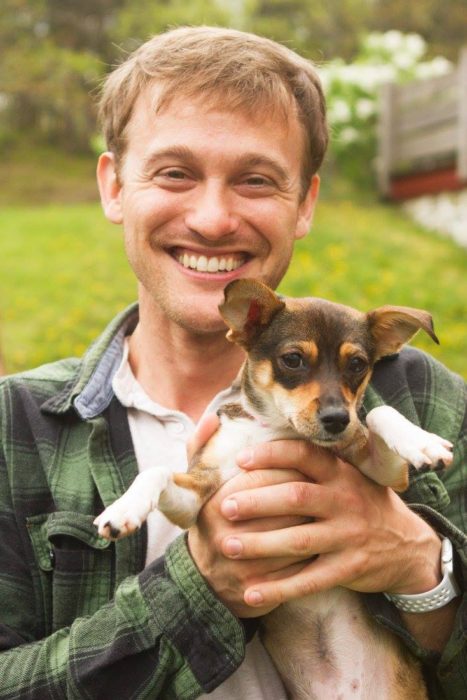 Can you tell me where you come from, and introduce yourself briefly?

I kind of come from a cornfield in the middle of the country, that is rural Illinois. I went to school in Indiana and then Texas. Then I came out to New York City to finish my training to be a doctor. I’m board-certified in Emergency Medicine, which is what I do as my main job. Now, I kind of have a unique situation where I work out of state for a little while each month and then I come back and study a bunch of things in New York. I’m trying to take advantage of what the city has to offer and French is a big part of that.

Your job is only one week a month in Texas?! What do you do there exactly?

I work in a hospital. I’m kind of the one doctor to hold down the hospital, and in some of these rural places, they’re really underserved and they can’t get doctors out there. They’ll fly somebody like me out to come and cover a hospital. It’s pretty intense work. I call it binge-working. It’s really nice to go out there and have a job and work really hard and get that job done that week. To then come back and be able to really be free in New York to pursue other things.

So what else are you pursuing?

Well one of my biggest passions is flying trapeze. I got involved with Trapeze School New York about 6 years ago, and since then I’ve become a staff member.  Now, I lead my own classes, which is a big accomplishment for me. I train there three times a week and it’s just a goofy bunch of talented, weird people to hang out and do something fun with. Coucou students actually just came to fly with us in July, it was great for me to merge these two passions: French and trapeze!

“Coucou students actually just came to fly with us in July, it was great for me to merge these two passions: French and trapeze!”

Do you have any other learning projects now that you know French, you know trapeze, you almost know how to fly? What’s next?

Yeah, I’m studying a lot of stuff. I’m a student pilot. In my free time in Texas, there’s a flight school down there, so I’m learning to fly a plane. I’ve done my first solo flight and I got it back down on the ground. I survived that!  So now I’m finishing up my testing and hopefully in the next couple months, I’ll be a certified pilot. Before my body gives out, I want to learn the more technical things so i’m doing ballet and gymnastics and some other acrobatic stuff on the side. I’m a beginner ballerino, very beginner, but if i ever come up with anything good, I’ll dance for you! 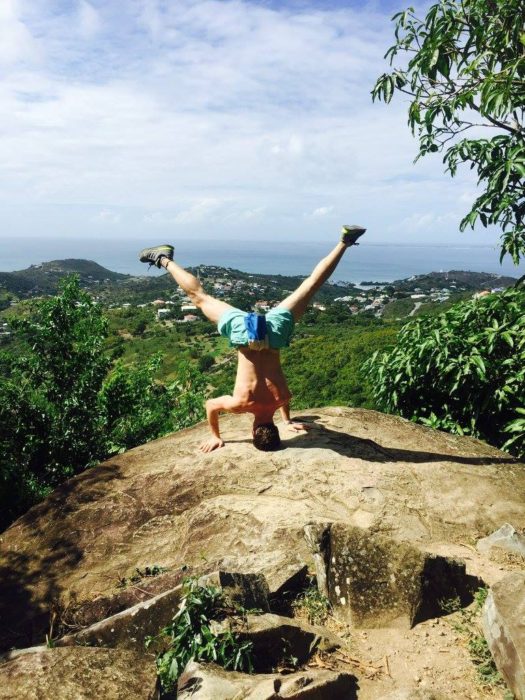 How does French fit into that? When did you start learning it for the first time and why?

Well in the middle of med school, I wasn’t real sure what I wanted to do with my life. So I wanted to take some time and travel and get to know the world. A part of that was taking a break from medical school. They don’t let you get away without a fight but I managed to get away for 6 months to do research in Switzerland.  So I was dropped into the French part of Switzerland. I didn’t speak other than “merci!” It was two months before I made my first sentence there. I lived there for about six months and didn’t get that far with the language because I was just trying to learn it on my own. I couldn’t afford a teacher and I couldn’t actually get my hands on many books. I was very ill-prepared for this but I did develop an appreciation for the language and the culture, and the doors that learning French can open up to you. It had always been in the back of my head to come back to it. Then I came across this school and it has come full circle.

You got from level 2 to level 7. What do you take out of your conversation classes?

The classmates, that’s what’s so fun! The people that take classes at Coucou tend to be really cool, interesting people, and now that we’re in conversation classes we get to know each other in French and we become friends over time! There’s lots of artists, filmmakers, one guy in my class is even a diplomat and always has these great stories. In French class you learn to talk and you say things that you know about so people end up talking about themselves and you get to know some really interesting people! Actually sometimes you’re so concentrated on speaking the French that you let your guard down in other ways because it’s so difficult to just get the words out.  So we get pretty honest in class!

“The classmates, that’s what’s so fun! There’s lots of artists, filmmakers, one guy in my class is even a diplomat and always has these great stories.”

So what did you gain specifically at Coucou outside of French classes?

Well, if Lea would schedule a party when I’m in town, I would get to go to these cool parties that you guys have all the time! There’s a lot of other cool things going on at this school. It’s a community that’s very much tapped into arts, a community that very much appreciates wine and food, and is very open-minded, so everything that comes with that community. 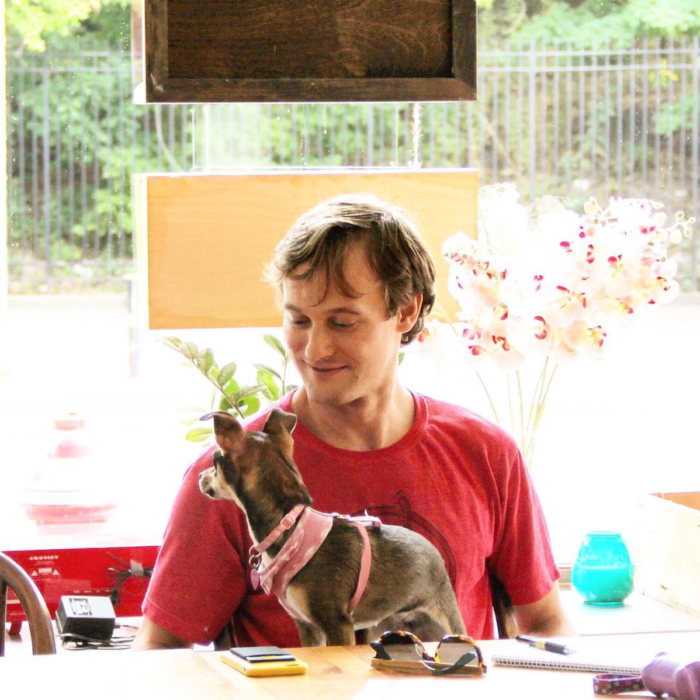 Do you try to incorporate French into your everyday life? Have you had any cool experiences where you were able to apply your knowledge of French outside of the school?

Yes, a really cool one! I have a doctor job in Haiti once a year. Even though they speak a lot of Creole and there are translators there, French has helped me a lot in trauma situations. I’m not practicing medicine in French yet but that could be possible some day. I was using it in a real situation, in a meaningful situation, and it helped people so I think that’s been great.

“I’m not practicing medicine in French yet but that could be possible some day.”

Finally, we know that lots of people are very intimidated by learning a new language or learning French, so if you had a piece of advice to give to beginner students what would it be?

Definitely. I think the only thing that I ever regret in my life is opportunities I didn’t go for. French is a little bit intimidating and the teachers at Coucou know it.  If you’re thinking about doing it, I definitely recommend it. It opens up new people, new perspective, new art, new foods; it’s really worth it. Take the risk!