You’ve seen Emily in Paris, but is Parisian life all just cute outfits, champagne soirées and macarons? Join us for a panel discussion to find out! Hear from successful American expat ladies from different walks of life who will talk about their Paris experiences, highlight cultural differences and bring the City of Lights to life in all its unfiltered glory!

Your moderator Victoire Lester, Coucou teacher and Director of Operations, will get the conversation started with some questions before opening it up for a Q&A. 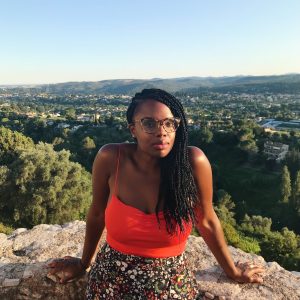 Sutanya Dacres is a Jamaican-born, Bronx-raised American expat currently based in Paris’ 18th arrondissement (the best one, according to her). She is host of the podcast Dinner for One, which has been featured in Time Out, The New York Times, The Guardian, and on The BBC Radio 4 Podcast Hour and author of the upcoming memoir “Dinner for One: How Cooking in Paris Saved me.” She is a huge fan of apéros and dance parties, and is a firm believer in the fact that there is no such thing as owning too many books. 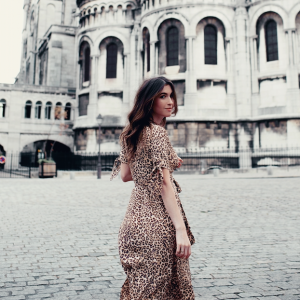 Kate Voegele is an LA based singer/songwriter, recording artist, and creative entrepreneur. She is also an actress, starring on the hit CW show ‘One Tree Hill,’ a painter, and business owner of the blog and lifestyle company We The Dreamers. Along with playing thousands of shows touring internationally for the last decade, Voegele has released 4 studio albums to date, selling over half a million albums.  Kate has been an advanced student since the opening of Coucou in Los Angeles as she wanted to keep practicing her French. Her joyful, warm and inclusive personality made her integrate quickly into the school’s community, appreciated among teachers and students alike. She is also a passionate francophile who recently spent several months living in Paris while touring and writing music in Europe. 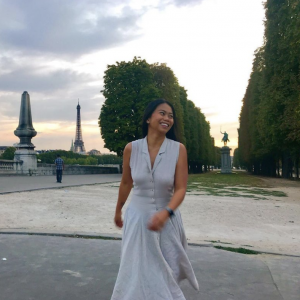 Maikka Rustia-Piquemal is a Filipino-American fashion designer based in Paris. She was born in the Philippines and then moved to NYC where she worked as a cardiac nurse at Brookdale Hospital in Brooklyn. Sick of flying almost monthly, she moved to France in October 2018 to finally be united with her long-distance boyfriend of 3 years Xavier (a Frenchman, now her husband) and with Paris (her other lover, in the form of a city). To prepare for this giant move across the Atlantic, Maikka took private French classes at Coucou with Léa for 2 years. Currently, she is a freelance designer, a rare houseplant hoarder, a full-time mom to 2 cats, and works for the blog HiP Paris.