The country of Simone de Beauvoir had its very own #MeToo reckoning, which gave birth to the slightly more explicit hashtag #BalanceTonPorc. A new generation of journalists and activists spoke up and grabbed the headlines, such as the actress Adèle Haenel (“Portrait Of A Lady on Fire”) who staged a walkout at the César Awards ceremony in 2019. Meanwhile, an older generation of prominent women like Catherine Deneuve publicly disavowed the campaign, which they qualified as “rampant censorship”.

We will explain and discuss the media debates between different generations of French feminists.

Led by Marie Rousseau – Coucou teacher, licensed NYC guide and author of the weekly French “revue de presse”, Le Kiosque de New York – this 3-workshop series will look at the weekly news through articles from prominent newspapers, online publications, podcasts, radio and video, etc …
Participants will be encouraged to share their own picks, which will all be discussed during the 2-hour session. 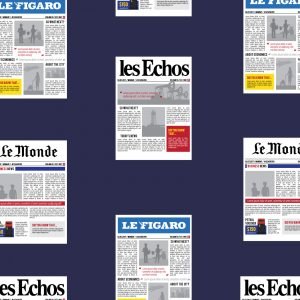