Practice your French while having fun and become a pro at French cinema and TV trivia!

“Call My Agent” is an amazing French series which chronicles the daily drama at a Parisian talent agency (with cameos from actual French movie stars). The show, with its witty dialogue and endearing characters, is a favorite of Coucou staff and students.

To participate in the workshop, you just need to watch one weekly episode of “Call My Agent” on Netflix. Then, every Tuesday, we’ll discuss the episode (in French!), talk about favorite moments and learn about the guest stars of each episode and why you should know them.

In the pilot, we meet the main characters of the show, the team of agents and their assistants. The clumsy but endearing Gabriel struggles to break some bad news to one of his clients, the actress Cécile de France – a project she had lined up with a famous American director fell through.

We will discuss the episode in general and learn more about Cécile de France, one of the most in-demand French-speaking actresses (she is actually Belgian) who you might know from the great movie “L’auberge espagnole”.

This episode focuses on the mother-daughter duo Nathalie Baye and Laura Smet, who sabotage their respective auditions for roles in the same movie out of fear of being stuck together for months on a remote shooting location. We also meet Mathias, the lead agent of the company whose strategic decisions are often questioned by the other members of the team.

We will discuss the episode and learn about one of France’s most famous artistic dynasties – Laura Smet is the daughter of Nathalie Baye and Johnny Hallyday, the biggest music star in France’s history (who died 3 years ago).

The biggest political scandal of the last few years in France was when former president François Hollande was caught by paparazzi on a late-night scooter ride to meet his mistress, the actress Julie Gayet. In this episode, we meet the elegant Julie Gayet and the tough-talking Joey Starr, a star of 90’s French hip hop who has since embarked on an impressive acting career. How will star agent Andrea manage to mediate the feud between these two actors when they refuse to continue shooting a movie together?

We will discuss the episode and talk about these two contrasting personalities, who are famous both for their public and private lives. 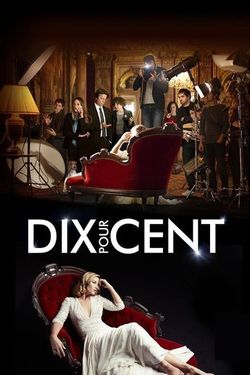