In the final installment of the Remarkable Women in France series, Lydia explores the scientific contributions of Marie Curie and reflects on modern perceptions of French women. 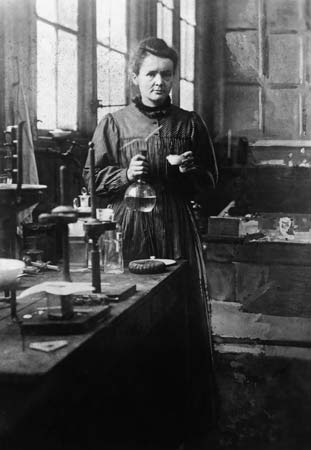 Marie Curie is a very French name for someone born Maria Skłodowska in Poland. While an ever patriotic Pole, her French name, education at the University of Paris, and the achievements she carried out while there are why we remember her as French.

Curie moved to France in 1891 at the age to 24 to study at the University of Paris. It was there that she met and eventually teamed up with the man who made her a Curie, her husband Pierre. Together, the Curies discovered Polonium, so named due for her patriotic love of Poland, and Radium, much less interestingly named for “ray.” So new was her work in this field at the time that she was the one to coin the term “radioactivity.”

Curie became interested in radioactivity when Henri Becquerel noticed a fog form on photographic plates that had uranium salt left on them. So while Becquerel technically discovered radioactivity when he theorized that the uranium emitted some sort sort of ray that created the fog, Curie was the one who ran with it and won two Nobel Prizes for her discoveries, one in physics and one in chemistry. Actually, she was the first person, Simone de Beauvoir might point out that when I say person I am including all women and men, to have won two Nobel Prizes and the first of a mere two to win it in 2 different fields.

Moreover, Curie was able to take her lab work and apply it to real life via the x-ray machine. Actually, people already knew about the existence of x-rays (their discovery is attributed to Wilhelm Röntgen), but she took it to the next level when she developed a way to mobilize the x-ray machines and thus provide them to soldiers in World War I. As if all this weren’t enough, when Pierre, who was a professor at the University of Paris, died, she took his place to become the first female professor there. Sadly, even with her proven track record, this decision faced considerable combat from men. 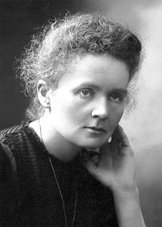 I hope now, that when we think of French women we can think of more than just style and class, but also of brilliance, drive, and ability to move forward in a world where female success was as likely as hitting the jackpot, as well as in any of the trials and tribulations they face in this modern world. If chic, however, must remain so intertwined with our thoughts of French women that we simply cannot avoid it, then let’s picture these three gals achieving everything they had, all while wearing Chanel.