To celebrate the end of two groundbreaking decénnies in French cinema, we decided to create a list of the best French films from 2000 to 2020. But, quelle surprise, it turns out that there are just too many movies we love for us to make one concise list. So instead, we grouped our top movies by director, genre, and actor. Check out our list of top French directors here.

We ended our last list with Celine Sciamma’s 2019 Portrait of a Lady on Fire. The movie didn’t make the Oscars’ shortlist for best foreign film, but Les Misérables did. If you haven’t seen it yet, what are you waiting for? Dépêche-toi! 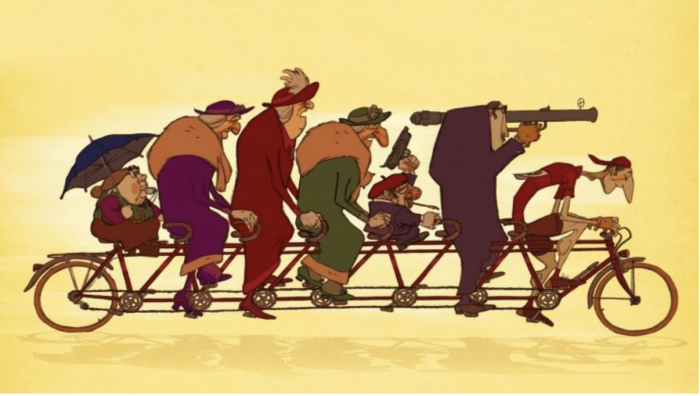 Sylvain Chomet’s The Triplets of Belleville screened at Cannes in 2003 and was nominated for two Academy Awards. Much like Amélie, the movie enchanted American audiences by pulling them into its highly-stylized French world. One warning: although this might look like a children’s movie, its plot–which involves kidnapping Tour de France cyclists and pumping wine into their veins–is actually quite dark. If you’re already a fan of the film, we recommend that you check out its inspiration, the comic strip Bibendum céleste, for further French practice! 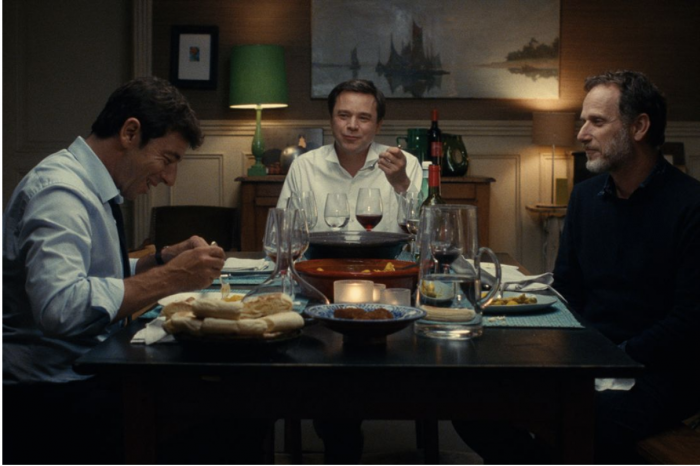 No guide to French cinema is complete without a dinner party movie. What’s in a Name? is very conversation-heavy (it’s adapted from a play), but never boring. It has a stellar cast and hilarious premise. Vincent (Patrick Bruel) and Anna (Judith El Zein) announce to their friends that they’re going to call their son Adolf. As you might imagine, things get very awkward. The movie has remained a favorite of the French for its citations cultes like, “Je n’ai pas de cours de prénom à recevoir de quelqu’un qui appelle ses enfants Apollin et Myrtille.” (“The last thing I need is a name-giving lesson from someone who called his kids Apollo and Blueberry.”) 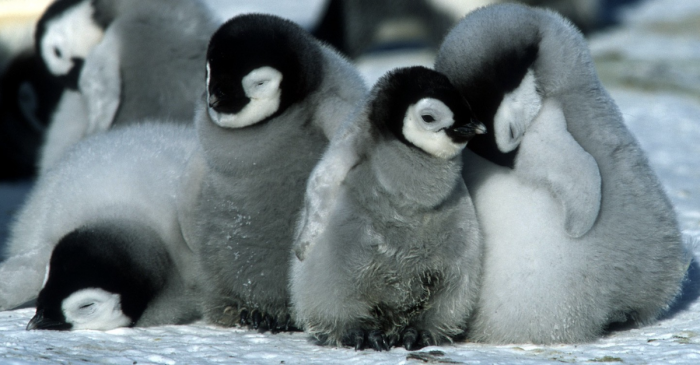 If you watched March of the Penguins in English, you probably remember that it had one narrator–none other than Martin Freeman. But did you know that in French this nature documentary has three narrators (a mother, father, and baby penguin)? We highly recommend that you watch the French version to discover these characters, as well as to hear the fun French soundtrack, written by electronic musician Emilie Simon! And, if you can’t get enough of baby penguins, watch the Luc Jaquet’s 2018 sequel March of the Penguins 2: The Next Step. 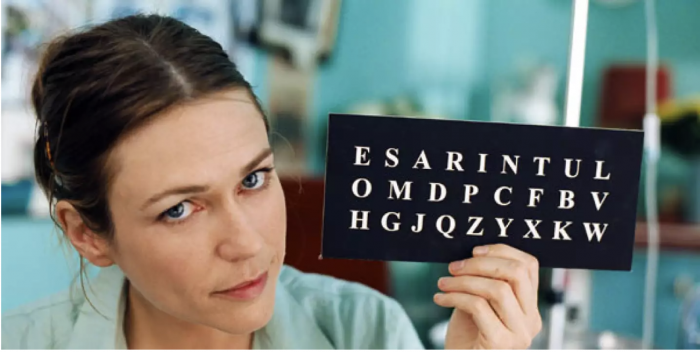 In 1995, journalist Jean-Dominique Bauby suffered a stroke that left him completely paralyzed. He learned to communicate by blinking his left eyelid, and, for over a year, diligently dictated his autobiography letter by letter. He died soon after completing this unprecedented literary feat, which Julian Schnabel would later adapt for the screen. Schanbel uses a variety of inventive cinematographic methods to create his virtuosic The Diving Bell and the Butterfly. By shooting the movie largely from Bauby’s perspective, he avoids melodrama while allowing the viewer to fully empathize with Bauby (Mathieu Amalric). Many French film critics placed this at number 1 on their top lists for the 2010s, and it remains an absolute must-watch in 2020. 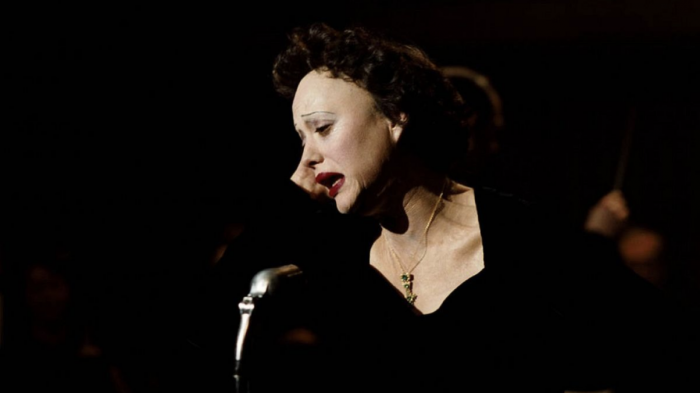 Hailed by critics and widely popular in France, Oliver Dahan’s biopic about Edith Piaf was a wild success in 2007. We wouldn’t be surprised if you had a hard time recognizing Marion Cotillard in the photo above–she famously had to wear a bald cap and dentures. But the five hours of makeup were worth it! She became the first French performer ever to receive an Oscar award for best actor. Whether or not you’re a fan of Piaf’s music, this is a must-see for Cotillard’s magnificent performance. 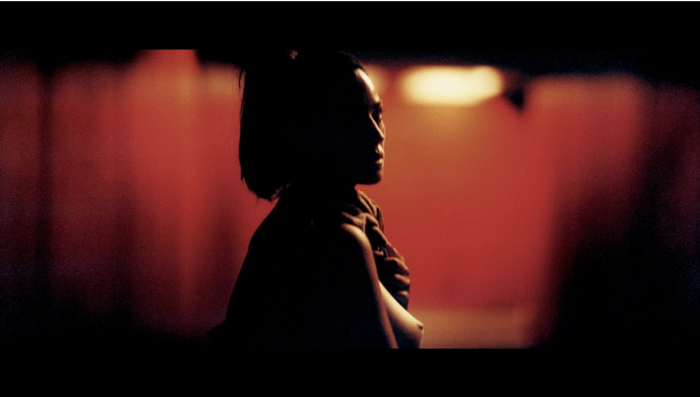 “New French Extremity” is the only genre on our list that’s exclusive to France and the 21st century. A particularly violent subgenre of horror films, NFE grew out of a transgressive art-house movement led by famous directors like Claire Denis. (Check out our description of her movie Trouble Every Day on our list of the best French horror movies)! Irréversible has been called “unwatchable” and includes a graphic rape scene that lasts 10 minutes. While some critics accused director Gaspar Noé of sexism and homophobia upon the film’s release, others called Irréversible the best film of 2002. It remains both influential and highly controversial in 2020. 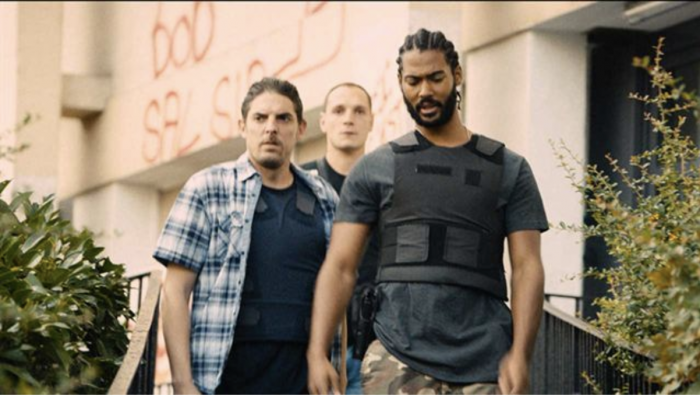 We were really excited to see that Les Misérables was nominated for “Best International Feature Film” at the Oscars. Fans of Spike Lee’s groundbreaking Do The Right Thing and Mathieu Kassovitz’s La Haine will love Ladj Ly’s gut-wrenching portrait of la banlieue (the suburbs). The film is set in Montfermeil, where Victor Hugo’s famous novel also takes place.  But be prepared for a very different depiction of Montfermeil. In his review of the movie, Anthony Lane writes that “Victor Hugo would watch this film and weep.” 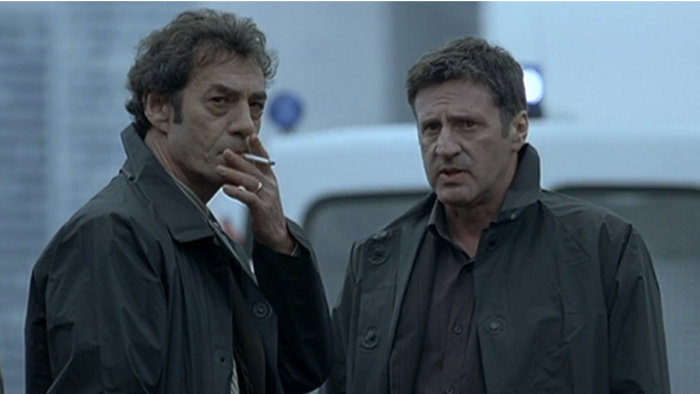 The criminal investigation department of Paris is located at 36 Quai des Orfèvres, where real-life inspector Olivier Marchal worked before writing and directing this film. Based on a famous scandal that shook the Parisian police force in the 1980s, the movie stars Daniel Auteuil and Gerard Depardieu. They play two cops who run competing departments of the Quai des Orfèvres. It was hard to choose one thriller for our list, but we think this is the best French crime movie made in the last twenty years. (However, the two-part movie Mesrine that stars Vincent Cassel is equally good!)

THE French movie since 2000: Amélie

If you went to college in the 2000s, you probably saw at least one Amélie poster hanging in a dorm room. As this article about the movie’s enduring success explains, Amelie marked the beginning of a new interest in foreign-language films. And here’s a fun fact: in 2000, only 12 English babies were called Amelie, but, in 2007, over a thousand English babies were given the name! But what made so many English and American viewers fall in love with Amélie? The most obvious answer is Audrey Tautou, who plays the film’s innocent, charmingly awkward heroine. But then there’s also the magic of Montmartre: the Sacré-Coeur, the cobblestoned streets, the old-fashioned bistros… By embracing classic Parisian cliches, Jean-Pierre Jeunet made a film that has become the ultimate love letter to Paris.