Every chef worth his or her sel knows the five mother sauces. Though the sauces were classified by French chefs for French cuisine, it is nowadays understood that pretty much every sauce in Western cuisine is derived from these five. They are béchamel, velouté, espagnole, sauce tomate, and hollandaise. I’ve thought through many ways to turn this into a catchy acronym but the best I can do is BEVTH, so just memorize them.

But first things first, there’s roux: the thickening agent that makes everything better, typically a mix of butter and flour. This is what lets the sauce cling to food the way one might cling to an armrest during a horror movie (except much more delicious). All but one of these sauces include roux, and it’s the one you would least expect: hollandaise. This brunch menu staple clings to your eggs benny as a result of the emulsification of egg yolks and melted butter, like mayonnaise’s cousin who moved to Paris and thinks she’s so chic now. 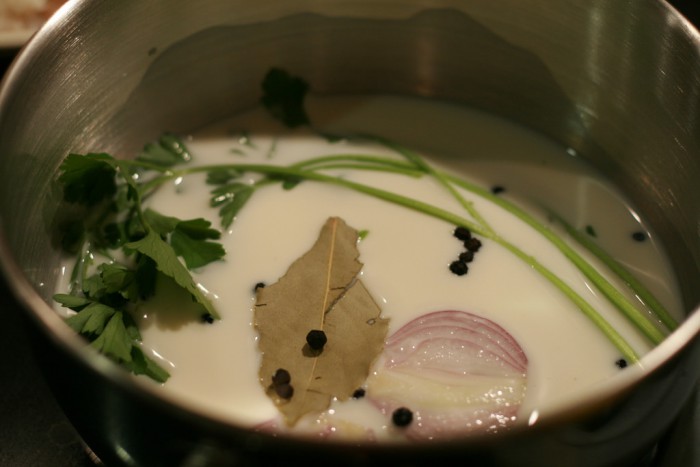 The simplest of the five, béchamel is a mix of roux and whole milk. It’s rather bland on its own, so does well with lots of salt and some other herbs of your preference. 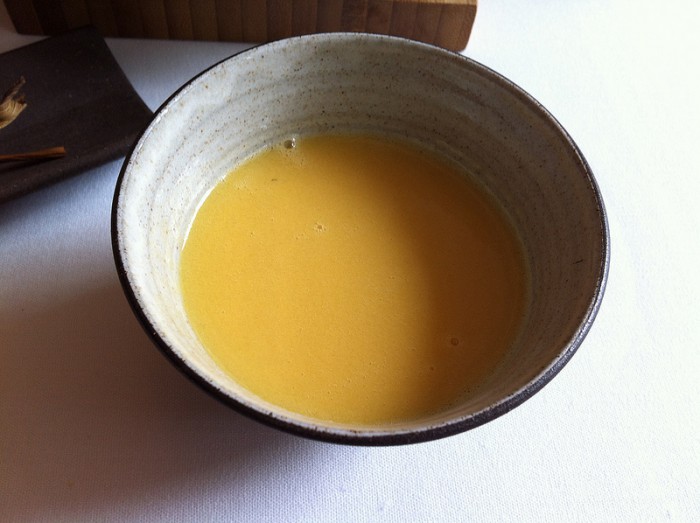 Velouté is roux mixed with any kind of stock, be it chicken, fish, or vegetable. It’s the foundation of any gravy or creamy soup, like this canteloupe and shrimp bisque, or mushroom sauces like the one in this Chicken Wellington. Its thinnish consistency doesn’t lend itself to being a good dipping sauce, but some of its variations, like Sauce Normande, which is a sort of béchamel velouté hybrid, do. 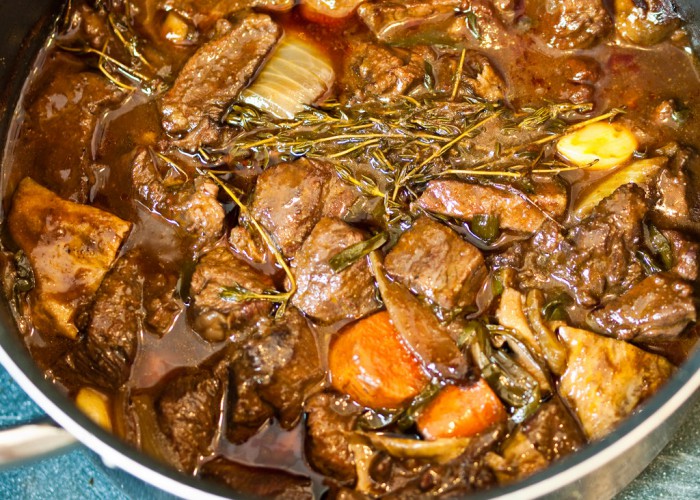 This brown sauce requires knowing another fancy French food term: mirepoix, which means a mixture of chopped vegetables (typically carrot, onion, and celery). Espagnole incorporates roux, mirepoix, beef or veal stock, and pureed tomatoes. Its daughter sauces include Bordelaise (with red wine), Lyonnaise (with white wine), and Bourguignonne (also with red wine), the latter of which is most well-known via the dish Boeuf Bourguignon.

What makes French tomato sauce different from Italian? Some would argue it’s basically the same (plus roux), but traditionally this sauce also includes salt pork, vegetables, and herbs. Since there’s pretty much nothing you can’t enjoy a good tomato sauce with, make it good with this Provencale-style Julia Child recipe that includes orange peel and coriander seeds. 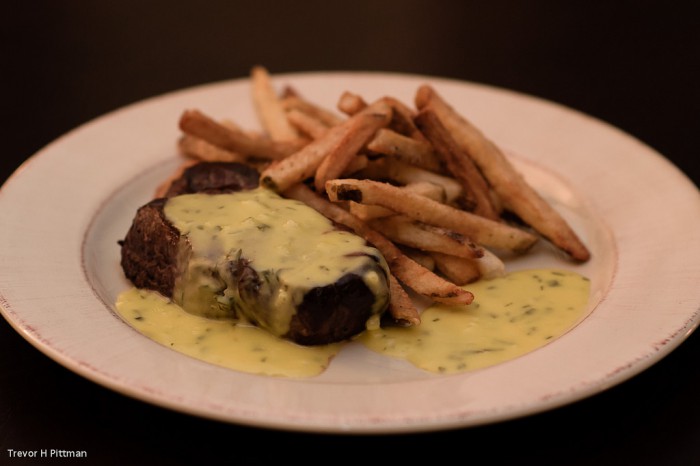 This tricky sauce, which uses an egg yolk to bind butter and lemon juice, can be made in a blender if you’re not a fan of activating non-existent arm muscles to whisk like a beast. A tiny variation, featuring the addition of vinegar, tarragon, and black pepper, gives you the even more delicious Béarnaise sauce, perfect with steak frites (pictured).