Enjoy the best of France !

One of the best ways to become immersed in French culture and la langue française is through watching French films and TV shows, which is why we were so excited to learn about a new streaming platform called France Channel, 100% dedicated to French entertainment! Recently launched in the US, the channel brings together the largest library of French programs, including movies, series, documentaries, live TV shows, and cartoons for kids, all of which are subtitled in English. You can also watch France 24’s international news channels live in both French and English, and you’ll find plenty of Jean-Paul Belmondo films to celebrate the recently deceased French icon’s career.

You can sign up for a free France Channel trial here. If you’re interested in subscribing and are already a Coucou student, make sure to use the discount code COUCOU10% to get 10% off the monthly subscription fee! New content will be added every week to France Channel’s extensive library, and, because there’s already an enormous amount of content on the platform, we’ve come up with a list of the top movies to watch on it right now–most of them you can’t find on other streaming platforms!

This heartwarming family drama follows a father and his two sons who each face a different existential crisis. The father has just lost his brother, and has given up a successful medical career to write his first novel. The older son, Joachim is still reeling from a breakup that makes him doubt his plan to pursue a PhD in psychiatry. The younger brother is meanwhile rebelling against his teachers and family. The movie stars two popular French-speaking actors: the legendary Belgian comedian Benoît Poelvoorde and French break-out star Vincent Lacoste.

David Sorel is a young man living in Paris who’s close to his sister and seven-year-old niece, Amanda. After his sister dies in a terrorist attack, he must make the difficult decision whether or not to become Amanda’s guardian. This compassionate film paints a delicate portrait of the different grieving processes of adults and children.

Mila (Juliette Binoche) and Javier (Édgar Ramírez) are both heart surgeons. After ten years of marriage, they are still passionately in love with their work and each other. But when Mila becomes pregnant, the prospect of having a child threatens the balance of their relationship, and Javier starts struggling with his old alcohol addiction. This movie is an adaptation of Prix Goncourt-winning novelist Mathias Énard’s Remonter l’Orénoque.

This poignant family comedy is about a married couple whose three children are growing up and moving out. While some of the story might feel familiar, the strength of the movie lies in its unusual timeline: we see twelve years of the family’s life through just five critical days. Each day privileges one member of the family’s personal growth. We recommend this film for its cast and great soundtrack: you’ll hear classic artists like David Bowie and Lou Reed, as well as French ones like Étienne Daho.

You might know Cédric Klapisch’s internationally beloved Auberge Espagnol trilogy, but have you seen his earlier movies like Le Péril jeune or Un air de famille? The latter is one of Klapisch’s best works. Based on a popular play, it’s about the owner of a provincial restaurant. Every Friday, his family meets there, but one particularly memorable Friday, everything that can go wrong does go wrong. This César Award-winning film is a great watch for anyone who likes family dramas and breezy comedies.

https://m.youtube.com/watch?v=sLvjbwyhtv8
Tonie Marshall, who passed away last year, made a sensation in 1999 with this movie about a beauty salon and its three employees’ quests for love and happiness. Audrey Tautou won a César for most promising new actress for her performance and the movie also won best film, best director and best original screenplay at the Césars. As this NY Times article explains, Marshall researched her film by frequenting a local beauty salon and watching the interplay of clients and employees. A woman came in one day, removed her top and bra, and sat naked in the salon. This inspired one of the movie’s most celebrated scenes.

Francis is having a late-life crisis. His factory workers are on strike, his wife and daughter berate him, and his best friend has forgotten his birthday. But everything changes when Francis sees a TV ad for a missing man who looks just like him: could he change his life forever? Fun fact: this movie is supposed to take place in the real French town Condom, but it was in fact shot in Vic-Fezensac, and the fact that the movie’s directors didn’t use the name Vic-Fezensac greatly offended the town’s inhabitants.

La Boum is one of France’s most famous teen comedies. Much like the ‘80s classic Pretty in Pink, it tells the story of a teenage girl who’s trying to navigate high school cliques and crushes. This movie skyrocketed Sophie Marceau to fame and its soundtrack has become absolutely legendary in France. You should watch it if you like teen romances or if you want to see the kind of dance party you dreamed of attending in high school.

L’aile ou la cuisse (The wing and the thigh)

Charles Duchemin (Louis de Funès), famous culinary critic, is preparing the new edition of his gastronomic guide. Accompanied by his son, who prefers circuses and miming to all this culinary nonsense, Duchemin attacks the empire of the king of “ready-made” cuisine. Louis de Funès is one of France’s most popular and hilarious actors, and you should watch this movie so that you can learn some of its famous lines (répliques) like this one.

Martin Coutances (played by famous singer and actor Yves Montand) is tired of city life and decides to travel to a deserted island in South America. On his way to the island, a young woman (played by the inimitable Catherine Deneuve) arrives like a tornado in his hotel room. She has just broken off her engagement and wants Martin’s help. Martin tries to rid himself of her, but discovers to his dismay that she’s followed him to the island. If you like classic screwball comedies, you’ll love this romp.

Start your free trial now on www.francechannel.tv and enjoy a special offer with Coucou: 10% on annual or monthly plan for 12 months. Please enter the code “Coucou10” at checkout.

The 9 Best Cartoon Shows for...

The Top French TV Shows and... 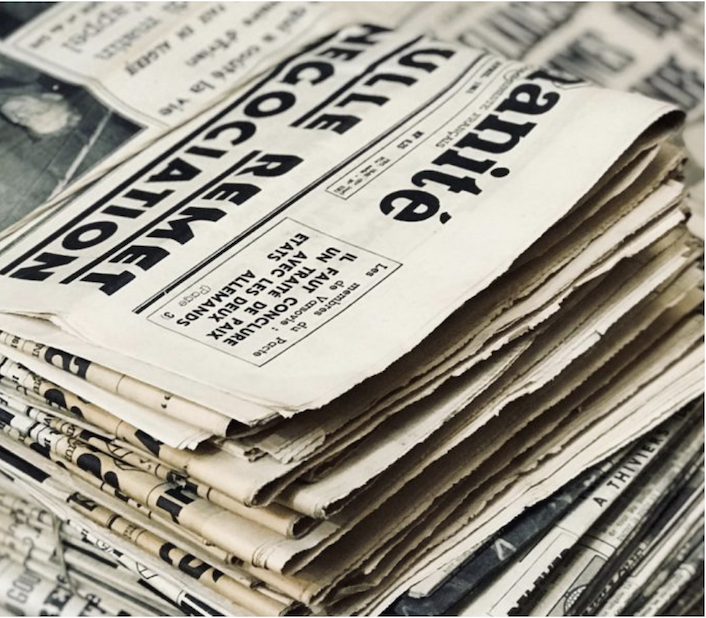 Where to get your news in...