The Coucou Guide to Inclusive and Gender-Neutral French

While you’ve probably never heard of it, the 1539 Ordinance of Villers-Cotterêts is famous among French linguists and historians. The ordinance required all official documents to be written in French (instead of Latin) and it sparked France’s oldest language debate. Almost 500 years later, the French still quibble over grammatical rules and especially over what they call “anglicismes,” English words that have found their way into French. But the most polemical debate today concerns l’écriture inclusive, a form of gender neutral writing. Maybe you’re wondering: “When and how do I use l’écriture inclusive?” Or you might be thinking: “French grammar is already complicated enough. Is this just going to confuse me?” Don’t panic! We’re here to break this down in a clear way and to answer all of the common questions we get from students about inclusive French.

L’Académie Française and the origins of the problem 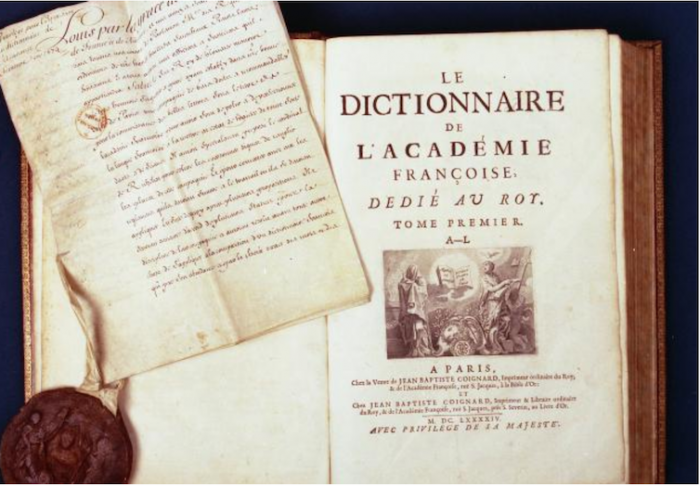 Established by Cardinal Richelieu in 1635, l’Académie Française (the French Academy) is a famous council devoted to preserving French. Leave it to France to create a special organization for enforcing grammatical rules! Why are we telling you about the French Academy? Well, up until the 17th century, feminine words in French were quite common. If an author was a man, you’d call him “un auteur”; if she was a woman, you’d say “une autrice.” The French Academy changed that. In 1651, it decreed that: “Because the masculine gender is the noblest, it prevails… over the feminine” (see explanation below!). Suddenly, all professions became masculine. Even if you were a woman author, you would be called “un auteur.” 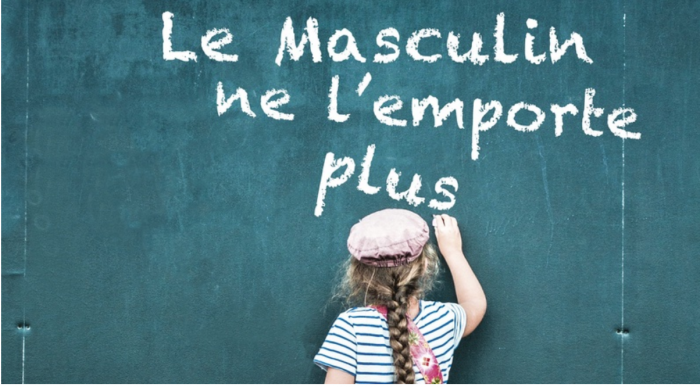 For centuries, French students have learned a rule that goes like this: “Le masculin l’emporte sur le féminin.” (The masculine prevails over the feminine.) This means that, even if you’re talking about a group of 100 women and 1 man, you act as though the group is only made up of men. For example, you say:

→ Note the E after the T in présentes; the adjective matches the feminine subject.

BUT if there’s a man involved, you say:

Cent femmes et un homme étaient présents. (100 women and 1 man were present) → The E between the T and the S has disappeared! The adjective is now masculine–it’s as if the women have been erased.

In the feminist photo above, you can see a little girl learning to write, instead: “The masculine no longer prevails…” What would it look like if the masculine didn’t prevail? There are three basic rules, which we explain in more detail below: 1. Jobs, ranks and titles would be masculine and feminine; 2. We would use the point médian (·) to include the feminine form; 3. We would avoid referring to all people as “les hommes” (mankind). 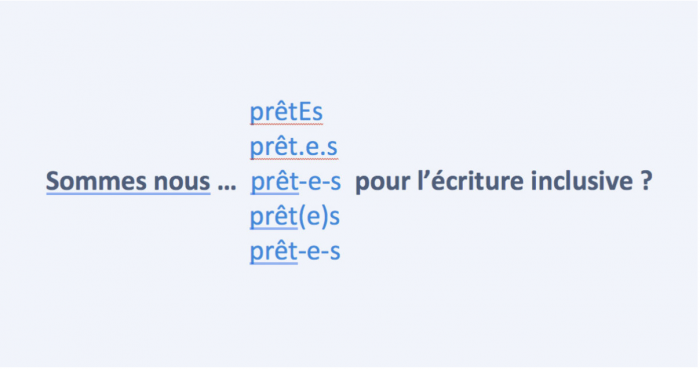 In the 1980s, Benoite Groult, along with a few other French feminists, created a commission that would make professions and titles more egalitarian. Thanks to their efforts, most French people today agree that the word for “police officer” should not necessarily be masculine, just like the word “secretary” should not always be feminine.

But the French still don’t agree about the famous “point médian.” Look at the image above. The sentence reads: “Are we ready for inclusive writing?” In traditional French, the adjective “prêts” would not have an E in it. That’s because it’s assumed that a general group of people is made up of men and women, and, because “the masculine prevails” you don’t include the feminine “E.” Advocates of inclusive writing want to add the E, and the common way to do so is by adding a little dot, called an “interpunct” in English. PRÊTS becomes PRÊT·E·S. 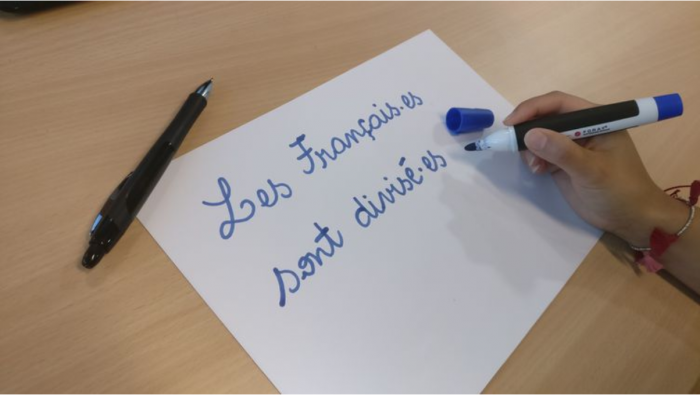 Since 2015, the French High Council for Equality between Women and Men has been promoting the use of inclusive writing. It recommends amending the French Constitution and changing the term “droit de l’homme” (rights of man) to “droits humains” (human rights). It published a free practical guide for gender-stereotype-free public communication.

Nevertheless, many conservatives in France continue to call for banning inclusive writing, especially in French textbooks. They argue that inclusive writing makes reading and spelling even more difficult for dyslexic students. Meanwhile, Emmanuel Macron uses inclusive language in his speeches.

How to Write in Inclusive French

Note that if you’re just learning French, you shouldn’t worry too much about these rules. They have changed a lot and may change again soon. Nevertheless, it’s good to know a little bit about them! As you continue learning French, you won’t be surprised if you see someone write something like “Bonjour à tous·tes” on French social media. Here is a complete guide in English to inclusive French writing.

If you’re talking about a role (like student, teacher…) in general, use the “E” with the “point médian” to include both genders.

→ Watch a short guide here. Don’t worry about pronunciation; this is for written

Jobs and titles should change depending on gender:

In English, we tend to use “they” as a gender neutral pronoun.

→ There are other neutral pronouns, including ael, ille, ielle, im, em. Check out this helpful site for more info.