What is “Le Bac”? Understanding the French Secondary Education System

If you’ve studied French before, you’ve probably heard of the famous high school exam le baccalauréat, also known as “le bac.” The French often talk about this notoriously challenging rite of passage. Lately, it’s been all over the news because recent education reforms changed the exam’s format. Parts of the exam took place during May and early June this year, and the “Grand oral”–the last part of the test–is happening between June 20th and July 1st, 2022. But how does the test work exactly and where does its unusual format come from? Read on to learn all the essential details you should know about what happens before the test, during it, and afterwards!

The History of Le Bac 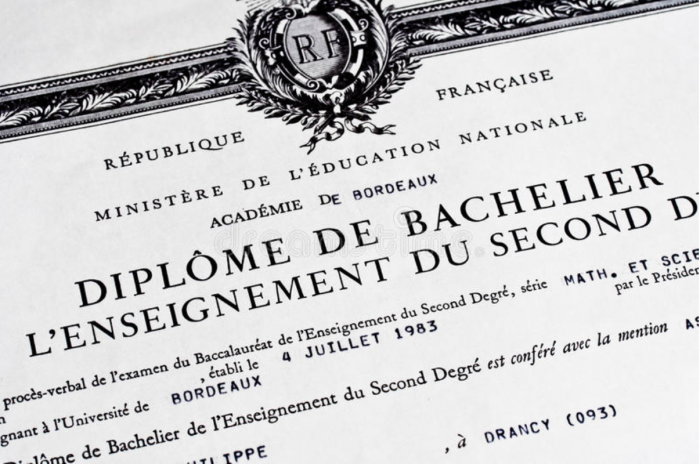 1830: The bacalauréat is considered too easy to obtain because there is only an oral exam. The first optional written test is introduced and becomes mandatory in 1840.

1861: The first woman passes the exam. Practice your French and learn more about her here!

1880: Prime Minister Jules Ferry makes primary education compulsory and modifies the “bacalauréat” degree. The exam is no longer given in Latin and now includes a French common core. The exam becomes much less elitist. In 1890, only 7,000 people take the exam; in 1926, the number rises to 37,000.

1985: “Le baccalauréat” remains a very difficult exam; only 30 percent of high school students pass it. Minister of Education Jean-Pierre Chevènement states his new goal: he will reform the exam so that 80% of high schoolers can pass it by 2000. 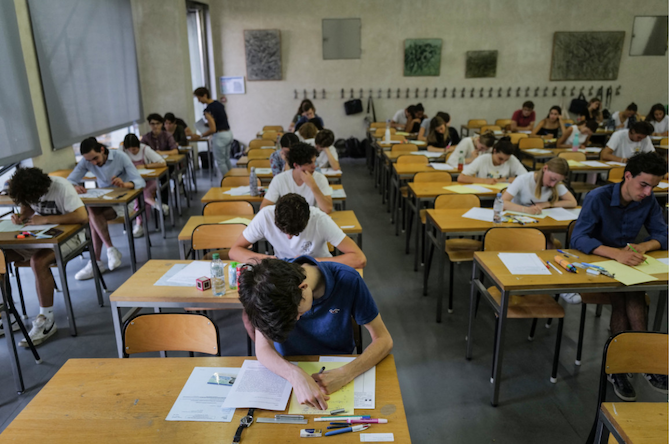 From 1995 until 2020, “le baccalauréat général” was divided into a few different categories. If you did a “bac L,” you focused on literature. If you did a “bac S,” you mostly did science. The format of the exam changed in 2021, in part due to complaints about its elitism. The French Ministry of Education abolished the three general categories: Economics and Social Studies (ES), Literature (L), and Science (S). Today, all students have to study a common core (“socle commun”), and then choose three specialty subjects. They will also be graded on their coursework and not just on their exam results. In some ways, the new system resembles the American high school system. 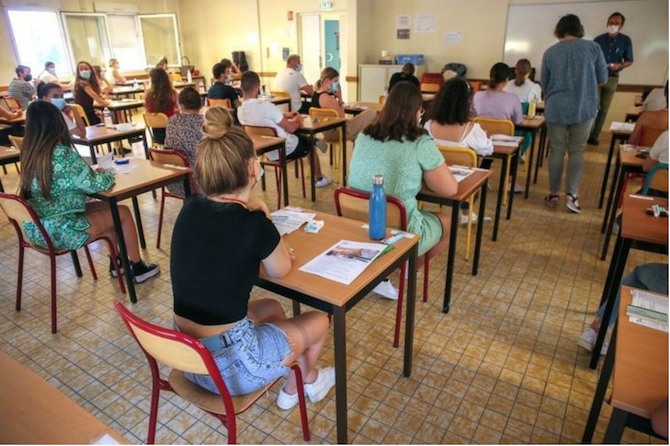 In French lycées (high schools), there are three class years: seconde, première and terminale. At the end of terminale (senior year), students around age 18 sit for the end of le bac, but the exam starts during their second year of high school. Although it’s not required, almost all students take a version of the exam. There are three main types:

The Format of Le Bac 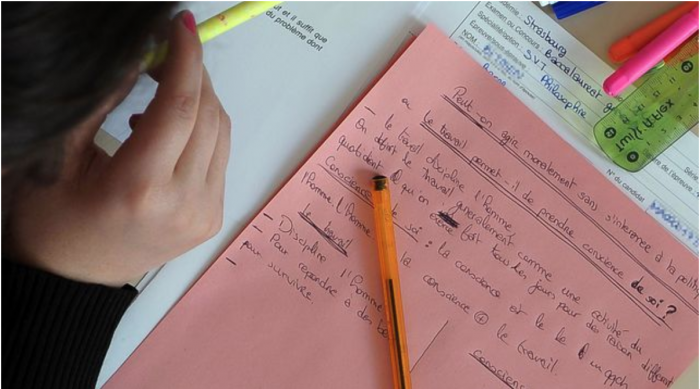 Today, a large part of a student’s grade on le bac is based on a continuous assessment (“contrôle continu”). Most exams involve essays and math/science problems. Unlike SAT, le bac is not a standardized test. Multiple choice questions, like the ones on the SAT, are not popular in France. Students taking le baccalauréat général have to work on a research project which includes an oral presentation in front of a jury of teachers. They also have to do a sport, which counts for part of their grade. Thankfully, that part of their grade is not weighted a lot (it has a low “coefficient”).

How the exam is graded 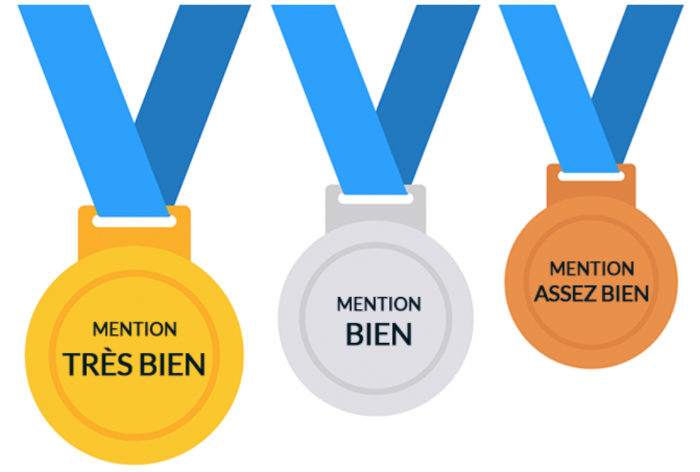 One thing that is especially hard for Americans to understand about French culture is the grading system. In France, it’s extremely difficult to get a perfect score on a test. Exams are graded out of 20, and if you get a 10 out of 20, you pass the test. A 16 or above is considered an excellent grade. If you get good grades on le bac, you get “une mention,” which you can put on your CV.

Here’s how the grades break down:

Want to learn more about how difficult exams in France are? Watch France24’s “France’s baccalaureate: The hardest high school exam in the world?” here. You can also read questions based on the “Grand oral” section of le bac here.

What Happens After “Le Bac” 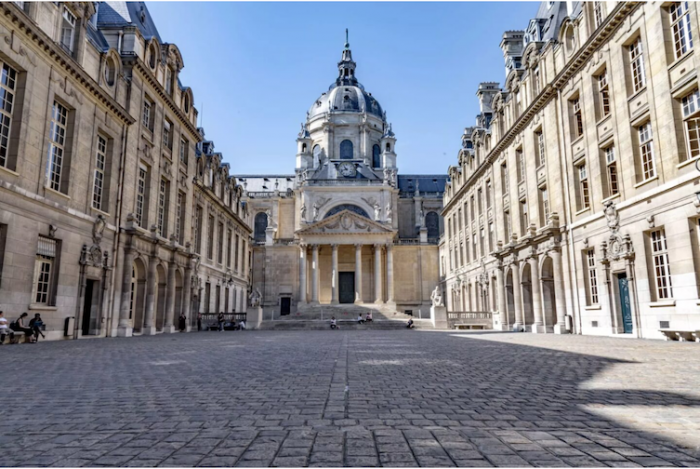 After students have obtained their “bac,” some pursue two-year degrees, which are called le D.U.T. (Diplôme universitaire de technologie) and le B.T.S. (Brevet de technicien supérieur). These help students prepare for specific professions. You can learn more about them (in English) here!

Other students go on to study at public universities like La Sorbonne (pictured above). They can earn “une licence” (“bac +3”) in three years, and some then do a master’s degree (“bac +5”) for another two years. A “licence” is similar to an American bachelor’s degree, but it’s not always as prestigious. Many students in France have to earn master’s degrees to enter the sector they want to work in. Learn more about these degrees here.

A small percentage of French lycéens (high schoolers) go to “les grandes écoles,” specialized elite professional schools. To get into these schools, students have to take a competitive exam called a “concours” and some go to prépas first.