Your Essential Guide to Mardi Gras!

What is Mardi Gras? 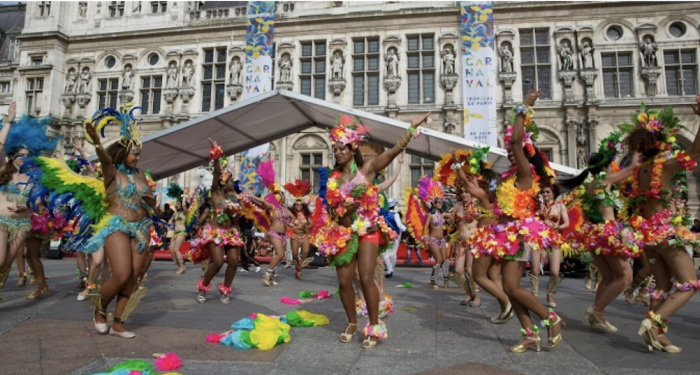 Mardi Gras is a traditional Christian holiday that marks the eve of Lent, a 40-day fasting period. French Catholics began practicing Lent during the fourth century to represent Jesus’s fast in the desert. Lent begins on Ash Wednesday, the day after Mardi Gras ends.

Though Mardi Gras technically refers only to Fat Tuesday, the Mardi Gras season actually begins on Epiphany, a Christian holiday celebrated on January 6. In Brazil and many other countries, this period between Epiphany and Fat Tuesday is known as Carnival. The French call it le carnaval. Mardi Gras festival seasons vary from city to city. In New Orleans, Mardi Gras season is almost two months long. Many other countries celebrate the festival only during the three days leading up to Ash Wednesday.

Mardi Gras literally means fat Tuesday in French because it’s the time to indulge yourself (in every way possible)! 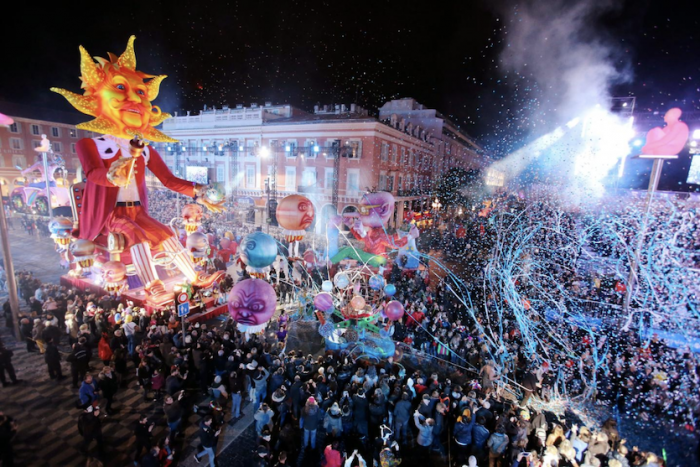 Mardi Gras is une fête incontournable (a must-attend party) for most people living in France. In a 2018 survey, researchers found that 7 out of 10 French people participate in Mardi Gras. Mardi Gras is most popular in Hauts-de-France (the North of France) and least popular in Brittany. When asked “What does Mardi Gras mean to you?”, 87% of French people mentioned carnival disguises and 73% talked about special foods like crepes and beignets.

Carnival celebrations take place throughout France and other French speaking countries. The most famous French Mardi Gras Carnival is held in Nice on the French Riviera (pictured above). It was celebrated there as early as 1294 and a lot of historians think this make the Nice Carnival the original carnival celebration! Today the event attracts over a million visitors to Nice every year.

How is Mardi Gras celebrated in different countries? 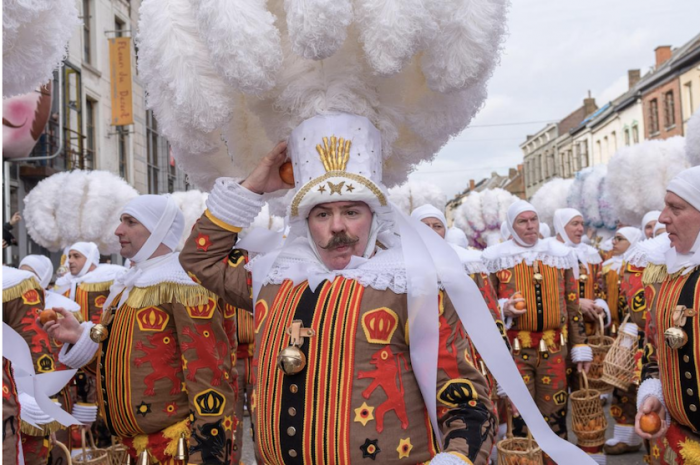 In the Belgian city of Binche, the Mardi Gras festival is one of the most important days of the year and the summit of the Carnival of Binche. Around 1000 Gilles (see photo above) dance throughout the city from morning until past dusk, whilst traditional carnival songs play.

In Switzerland, there are all sorts of specific traditions for celebrating Mardi Gras. In a region called Canton of Fribourg, children collect coins by parading door to door disguised as soldiers, beating drums, and singing.

In the United Kingdom and most Commonwealth countries, the Tuesday before lent is called “Shrove” or “Pancake” Tuesday. Instead of making crepes, people make pancakes and often have pancake-flipping competitions.

In Iceland, the day is known as Sprengidagur (Bursting Day) and is marked by eating salted meat and pea soup. (Is pea soup really something you want to indulge in…?)

Check out what people eat for Fat Tuesday in other parts of the world here.

Okay, we know you’re impatient to learn more about the “fat” part of Mardi Gras… 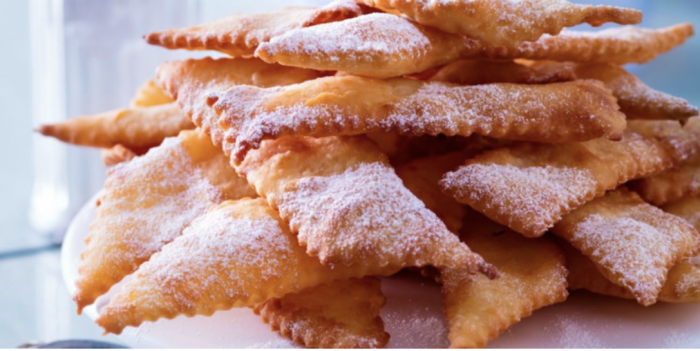 What’s up with the costumes? 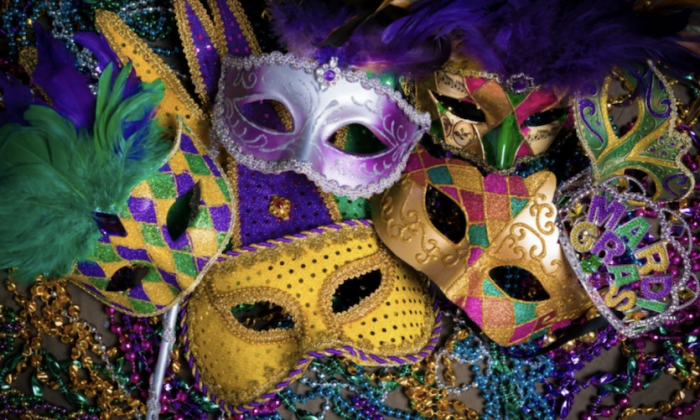 Masquerade balls were popular in Europe as early as the Middle Ages, but the famous Venetian carnival celebration is what most historians believe inspired the masks worn on Mardi Gras. Did you know that each style of mask has its own name? There’s the “Bauta” (a simple full-faced mask), the “Columbina” (half mask), and the “Medico della Peste” (the famous beak mask), and the creepy Moretta (the blank mask held in place by biting a button inside the mask).

The three colors for Mardi Gras are purple (justice), green (faith), and gold (power). The feathers and sequins we now associate with Mardi Gras were invented around 1870. The secret society known as The Mystic Krewe of Comus from Mobile, Alabama began wearing them around the Mardi Gras season. Learn more about the history of the colors and costumes here.

How can I celebrate Mardi Gras? 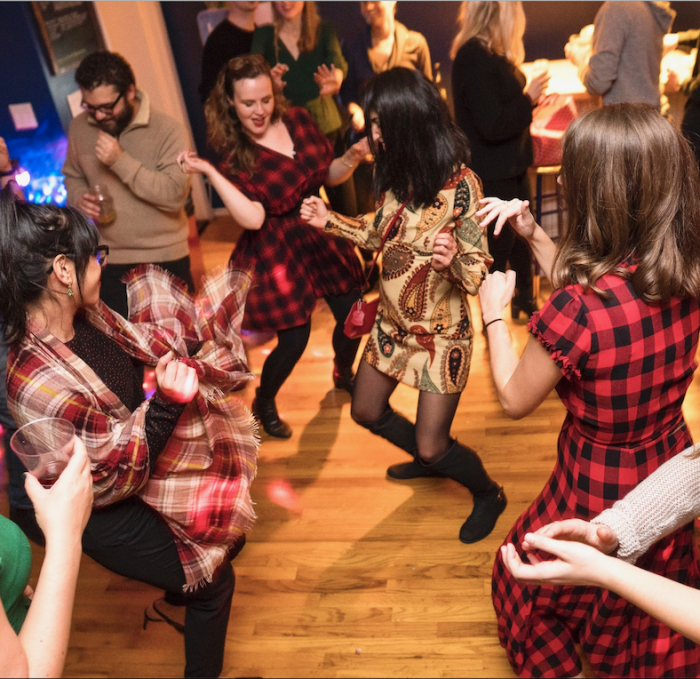 Good question! Mardi Gras technically ended March 5th, but we’ll be celebrating it at Coucou this coming Saturday, March 9th. Put your sparkliest dancing shoes on and come dance with us! The awesome DJ Disgonuts will spin a mix of French and US hits and we’ll enjoy custom cocktails by the marvelous Melissa Do! More info about the event here.