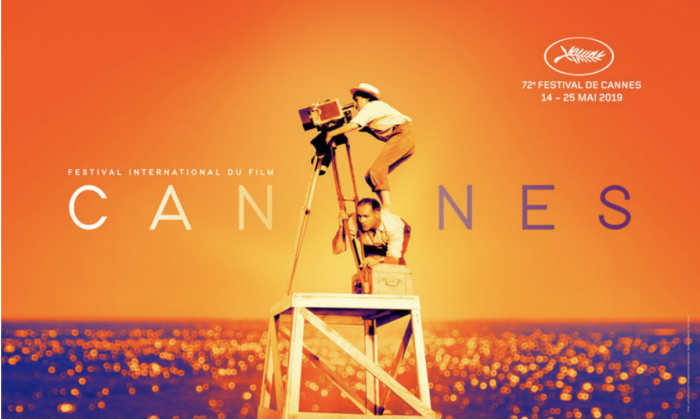 The Cannes Film Festival is one of the biggest events of the year in France. The French have their own version of the Oscars, Les Césars, but winning the Palme d’Or at Cannes is even more important than winning the César for best film. The 2019 Cannes Festival is exciting and groundbreaking for a variety of reasons. Quentin Tarantino’s latest film is premiering at the festival, and everyone’s talking about it. Also, this year’s festival pays homage to late female director Agnes Varda, and it features 13 films directed by women! Because we love cinema (almost all French people do), and because a lot of our students are cinéphiles, we’ve put together a list of useful and interesting things to know about Cannes.

How to pronounce Cannes

A lot of Americans says “Caahhn,” but, actually, the word is pronounced “can” (like a can of tomato soup). Okay, because we’re language nerds, we have to say that it’s not exactly “can.” French vowels are a bit different than English vowels, but if you pronounce it like can, any French person will understand you.

History of the Festival 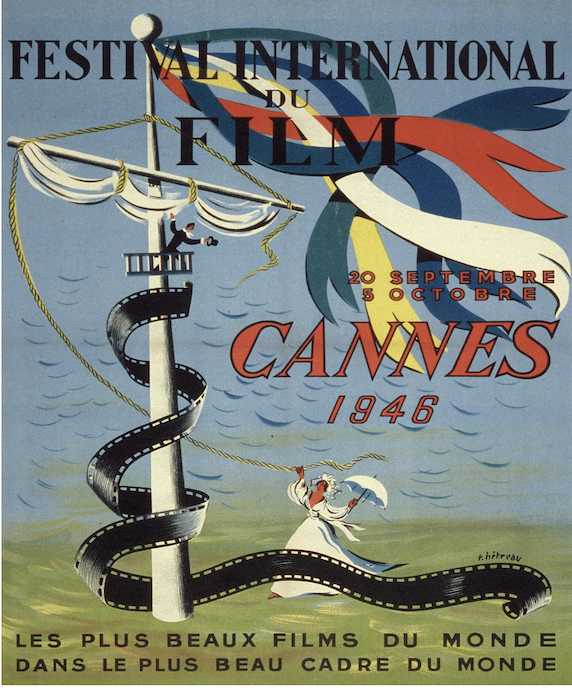 The first Cannes festival opened on an unfortunate date: September 1, 1939. For those who aren’t history buffs, here’s all you need to know: Hitler invaded Poland that day. The festival was canceled, and didn’t start again until 1946. “The finest films in the world presented in the finest setting in the world” was the festival’s original tagline. In 1959, the festival helped launch the famous French New Wave when it awarded Francois Truffaut best director for his movie Les 400 Coups (The 400 Blows). By the 1960s, Cannes became the most important international film festival in the world.

Learn more about the history of the festival here! 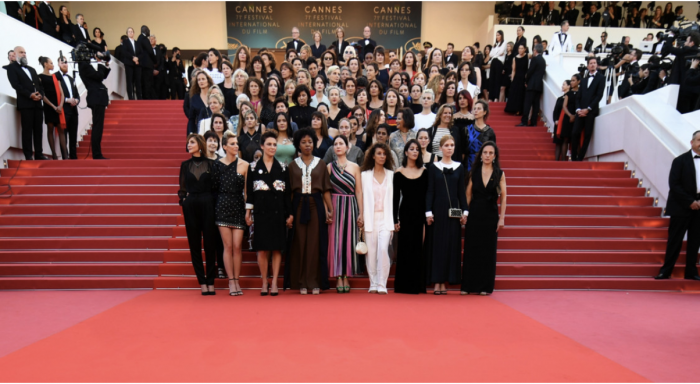 The most famous ritual at Cannes is la montée des marches (the staircase climb). It’s also called les “24 marches de la gloire,” which means the 24 steps of glory. Celebrities from all over the world come to the festival just for their own special staircase moment. Journalist Yves Mourousi invented this red-carpet tradition in 1984 and it’s now become legendary. Thousands of onlookers gather behind the security barriers before la montée in hopes of seeing the stars’ glamorous outfits and getting autographs. You can watch some highlights from this year’s stair climb here! 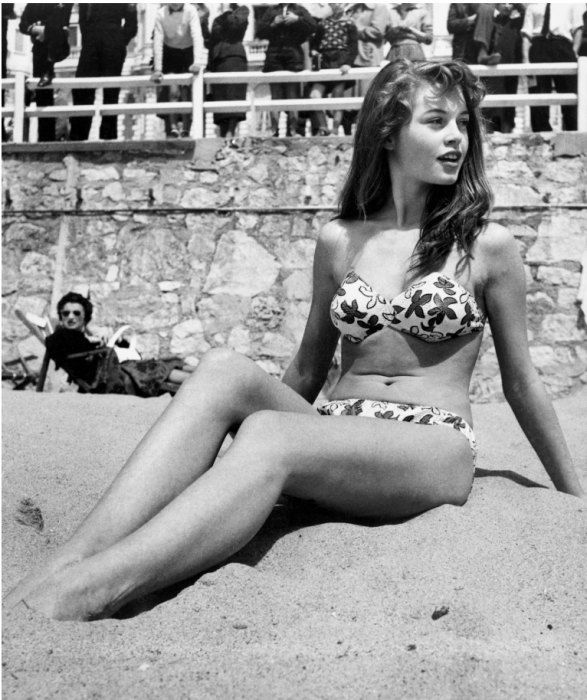 From the beginning, Cannes was always about the stars as much as it was about the films. The most famous directors and actors come to the festival, but even intellectuals like Jean Paul Sartre have attended it. There’s usually at least one scandal at the festival. Brigitte Bardot famously wore provocative bathing suits one year and shocked the world. Recently, the dress code at Cannes caused an uproar. In 2015, a group of women were turned away from a screening for not wearing high heels on the red carpet. That year, many female celebrities wore no shoes at all to other red carpet events to protest sexism. 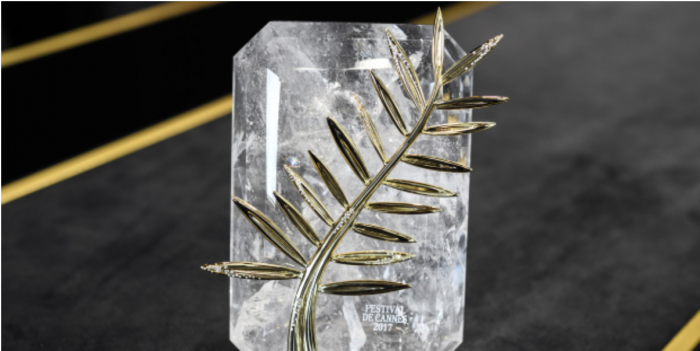 Approximately 20 films premiere “in competition” at Cannes. That means they’re competing for the Palme d’Or (Golden Palm), which is the top prize. Other films compete for Un Certain Regard, which is the second best prize. It often goes to lesser-known directors who hope to gain international recognition. If you want to learn more about the prizes and how they’re awarded, you can read about them on the festival’s official site. And you can check out a timeline of the most important Palme d’Or moments here. 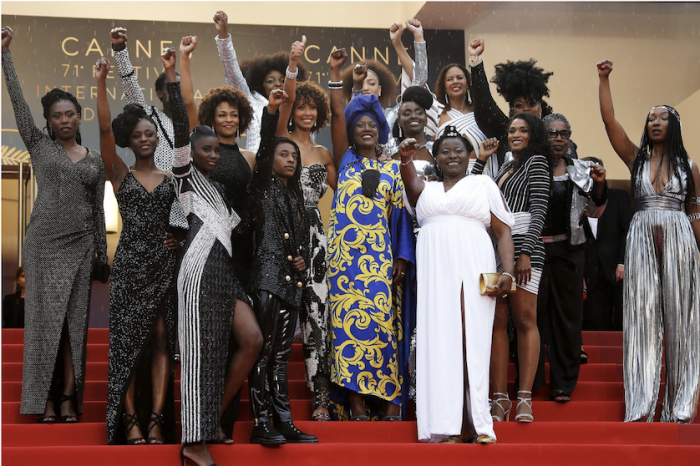 Almost every year at Cannes a group of celebrities gets together to protest for an important cause. Last year there were two important protest moments at the festival. Sixteen black actresses and filmmakers stood together on the stairs to highlight racism in French cinema. And eighty-two women, led by Cate Blanchett, linked arms and walked on the red carpet to call for gender equality in the film industry. This year, Que Sea Ley, one of the documentaries showing at the festival, will help raise awareness about Argentinian women who die during illegal abortions. You can watch pro-choice activists and the documentary’s film crew protesting here. 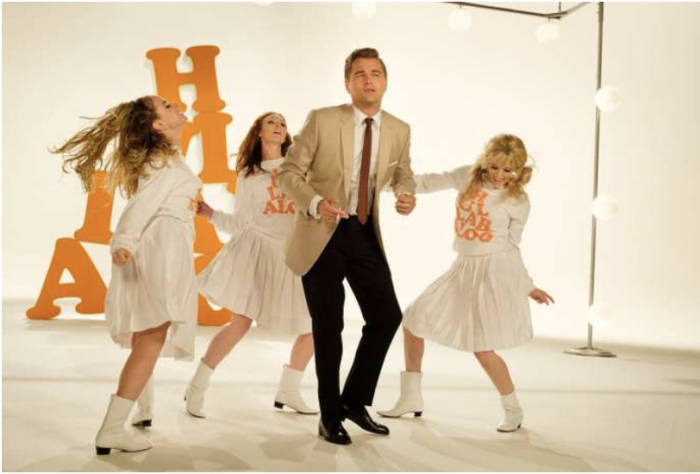 The 2019 festival opened with Jim Jarmusch’s The Dead Don’t Die, which stars Adam Driver, Selena Gomez, and Bill Murray. It’s gotten mixed reviews so far, but the movie’s trailer makes it look hilarious! This year the biggest American film competing for the Palme d’Or is Quentin Tarantino’s Once Upon a Time in Hollywood which stars Leonardo DiCaprio and Brad Pitt. We’re happy to say that there are quite a few promising French films in the competition, too! Unfortunately, we can’t give you the links to their trailers with English subtitles since they haven’t been released yet. But, if you’re up for the challenge, you can watch clips and trailers in French for each film: Atlantique, Les Misérables, Oh Mercy!, Sibyl and The Young Ahmed. And here’s a comprehensive list of all the films premiering this year.