Today, France is the sixth most-generous country in the world when it comes to vacation days. The French are guaranteed at least 36 vacation days per year, which puts the US to shame. (In case you didn’t know: there’s no US federal law regulating paid vacation minimums!) But the famous “congés payés” didn’t always exist; in fact, they’re a pretty recent development in French history. Read on to learn more about the history of French vacations and the culture surrounding vacations in France today! You’ll also discover how many French kids pass their summers.

The History of French Vacations 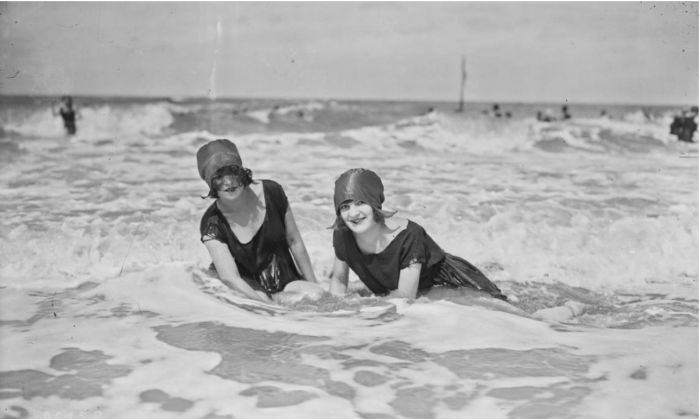 Paid vacations (les congés payés) were first created under Napoleon III in 1853. Initially, these vacations were limited to civil servants. By the 1920s, many of the French benefited from paid vacations, but there was no law guaranteeing them. After the 1936 victory of the left-wing Popular Front party (led by Léon Blum), huge strikes broke out in France and workers began demanding paid vacations. Following World War II, the French won 3 weeks of vacation in 1956, four in 1969, and finally five in 1982. The famous “ordonnance du 16 janvier 1982” not only instituted five weeks of paid vacations, but also established the 39-hour week in France. 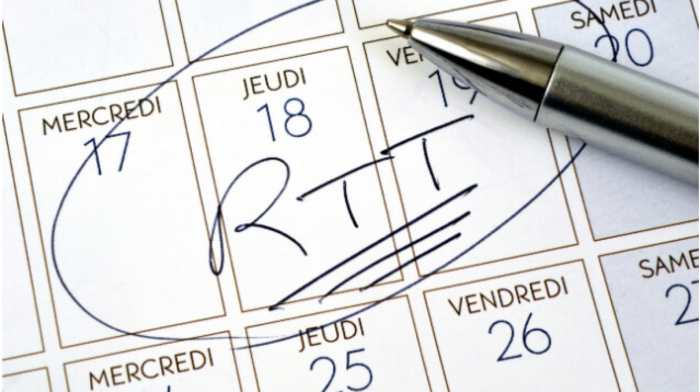 In 2000, a new French law put in place the 35-hour work week and gave rise to “la réduction du temps de travail en France,” which is commonly called “la RTT.” RTTs are basically half-days or days that you earn–on top of your guaranteed 5 weeks–if you work overtime. 5 weeks of vacation may seem like a lot to Americans, but some European countries–like the United Kingdom and Spain–guarantee more time off. Some French people get 9 or even 10 weeks of vacation per year. It depends on the sector you work in! Recently, some French companies have even implemented unlimited paid leave policies (always with a minimum of 5 weeks) to make their job offers most attractive.

Where Do the French Go On Vacation? 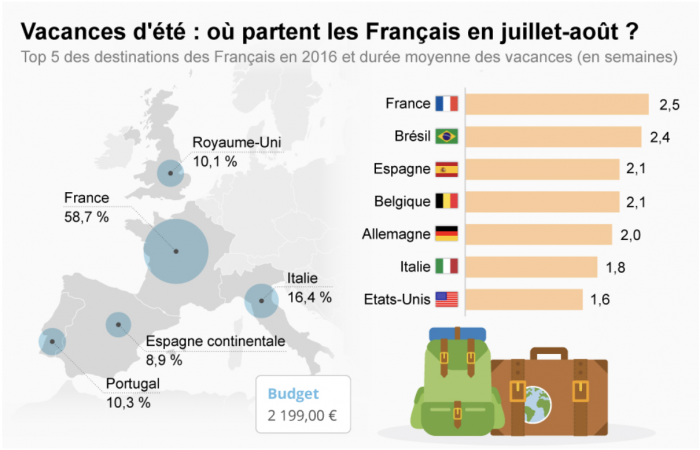 As you can see in the photo above, the French take on average at least two and a half weeks of vacation during July and August. The majority travel to another region in France; Provence, the Côte d’Azur, and Corsica are some of the most popular destinations. Outside of France, the most popular destinations for the French are Spain and Italy, but many also go to Portugal and Greece. While most French tourists go to the seaside, about ten percent prefer hiking in the mountains. The Alps and Annecy remain particularly popular during the summer.

What Do the French Do on Vacation? 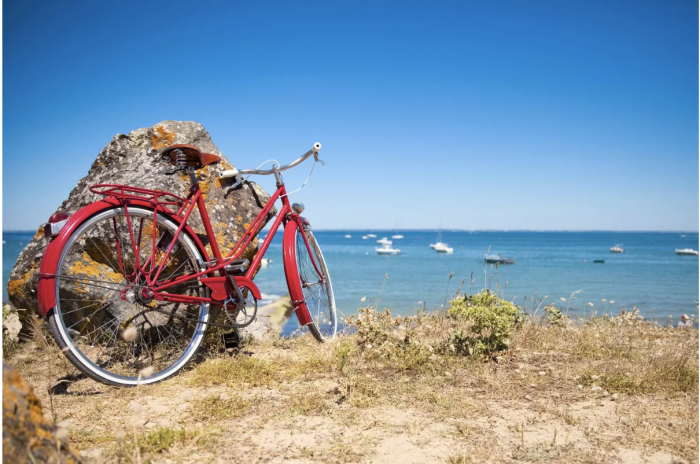 According to French polls, the number one thing French people want to do during their vacations is simply rest. “Le repos” (rest) is an essential part of French culture–more French people will rest than exercise during their weeks off, which may come as a surprise to some Americans. 9 out of 10 French people read for pleasure during les vacances. Besides resting and reading, the French often use their vacation time to catch up with friends and family. Many also go surfing or biking, and lots of French families play pétanque for fun.
While some people might go on trips alone to discover cultural sites, many people in France plan big group vacations: they rent a house together and spend time cooking and chatting. 71% of the French report disconnecting completely from work during their vacations. Unlike many Americans, they take digital detoxes seriously and will stop checking their emails and using social networks altogether. In recent surveys, many of the French reported being concerned about the environment and had opted to take “greener” vacations by going hiking in French mountain ranges rather than polluting beaches or taking planes to other countries.

How do French Kids Spend Their Vacations?

While many American kids go to day camps or sleep-away summer camps, French kids often go to something a little different: les colonies de vacances, often shortened to “les colos.” At the end of the 19th century, Swiss pastor Hermann Walter Bion organized the first colonies de vacances for underprivileged children in Zurich. These camps quickly became popular throughout Europe. In France, after the First World War, les colonies de vacances became part of the French educational system. Their golden age was between 1930 and 1960: in the 1960s, over 4 million French kids attended these camps every summer! Today, over a million kids still attend these camps, but their popularity has been waning, as this article reports. 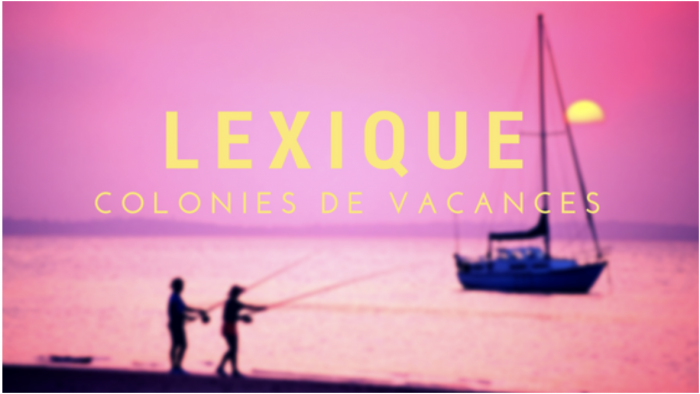