Every francophile has imagined themself having a place to call home in France. But just when you thought Americans and the French couldn’t be more different, they can’t even agree on what a bathroom should look like. You may have dreams of a pied-à-terre in Paris, or a maison de campagne in Provence, but have you ever thought of what it would actually be like to live in one? Read on to find out the biggest differences between French and American homes. 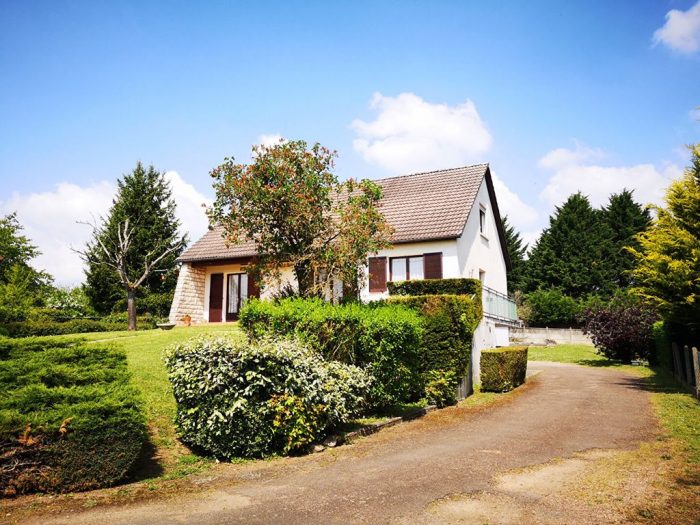 Just by looking at French houses you’ll notice some differences right away. French houses are largely built from concrete or bricks, making them better-insulated than American ones, which tend to be built from wood (this will come in handy since the French hardly use air conditioning!). In the United States, larger houses with an open floor plan and high ceilings are most popular, while you’ll have to do a little more navigating in France. Houses tend to be smaller, and you’ll find yourself passing through many more doorways to get from one room to the next. The windows are a bit different as well. American windows slide upwards to open (not without putting up a fight), while French windows open inward using a handle. French homes almost always have window shutters, which only add to their charm and protect late sleepers from that pesky sun.

Con: Having no visual of the outside world may leave you less-than-motivated to be a part of it. Cue: your ninth consecutive episode of Dix pour cent. 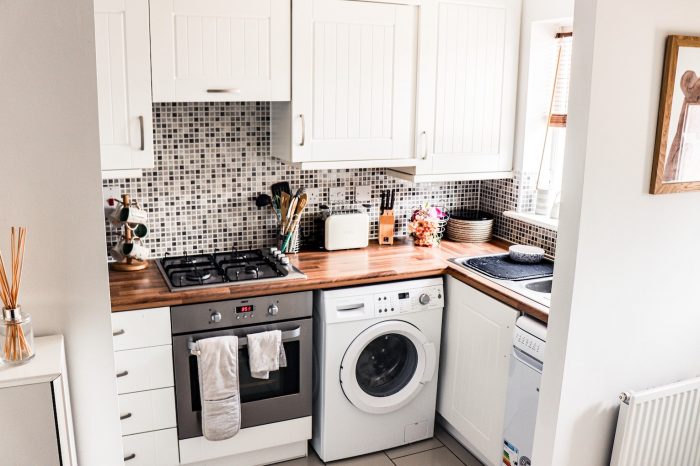 As they say in the States, “the kitchen is the heart of the home.” It’s not just the place where  meals are made (and rifle through the snack cabinet); it’s also where they work, study, and socialize. The kitchen is the centerpiece and main hub of the home, so floor plans are often centered around it. Americans like their kitchens to be as beautiful as they are functional, so a lot of thought is put into decoration in addition to appliances. A stainless steel refrigerator paired with the right backsplash is enough to make most Americans swoon. On the other hand, the kitchen serves a very singular purpose in France. You might have already picked up on this, since cuisine literally means both “kitchen” and “food.” Knowing how important food is to the French, you may be surprised to hear that the most delicious French dinners are prepared in very small kitchens, separated from the rest of the house by a door. In fact, when a kitchen in France doesn’t have a door, it’s called a “cuisine américaine.” Refrigerators are also tiny compared to American ones, and rarely dispense water and ice. Because of their size, it’s common in France to go to the market multiple times a week, or even daily, to pick up fresh ingredients; so your fantasy of riding your bicycle around town with a basket full of fresh produce is completely in reach. Small refrigerators also mean that certain items that are always refrigerated in the United States are often kept on countertops and in cabinets, such as milk (before it’s opened) and eggs.*

Pro: With a closed kitchen, dinner guests will be able to focus on the fabulous meal you whipped up for them, while the growing pile of dishes in your sink stays hidden…

Con: While you’re off scrubbing those dishes, you won’t be able to overhear what your guests really think of the meal.

In France, eggs aren’t washed and keep their natural protective layer, which prevents bacteria from getting inside. This layer is washed off in the United States, which is why eggs have to be refrigerated.

Of all the rooms of the house, the bathroom is the one most likely to have you scratching your head. One thing you’ll notice right away is that the bathroom is often separated into two rooms: la salle de bain (the bathroom) will have the shower and sink, while les toilettes (the toilet) will be in a smaller room nearby. It might seem weird at first, but it’s actually super convenient. This layout is a little less common in larger cities, since space is limited. And just like bathrooms and refrigerators, showers are also smaller (you’ve probably noticed a theme here – while everything is bigger in Texas, everything is smaller in France). The French also far prefer having a detachable shower head rather than one that’s fixed to the wall. Americans visiting France probably wouldn’t notice this, but the French staff here at Coucou are all seriously missing their pommeaux de douche (detachable shower heads). Even toilets are different- American toilets flush with handles, while French toilets have two buttons that release different amounts of water. Fun fact: some toilet paper in France is pink!

Con: Your housemates will have to listen to said renditions. (For the real thing, listen here!) 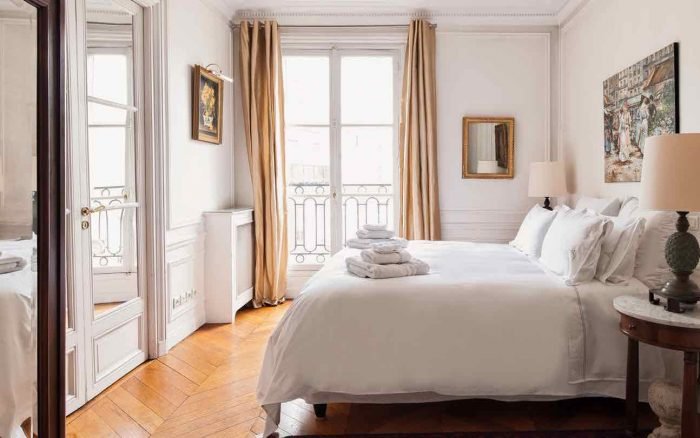 When it comes to furniture in the United States, comfort is king. This explains the large beds and super soft mattresses. In contrast, in France you’ll find that beds are smaller and lower to the ground, have far fewer decorative pillows, and the mattresses are firmer. Pillows are also square instead of rectangular. While these differences combined with jet lag may have you tossing and turning during your first few nights, you can always stop by your local café for your morning, afternoon, and evening caffeine fixes. When it comes to decorating, the French prioritize style, even if this comes at the cost of being a little less comfortable. And speaking of French style, how do the French store all of their fabulous clothing? Most will use a free-standing armoire (wardrobe) and commode (dresser), since built-in closets are less common. But if you’re only visiting for a short while, your clothes may never make it out of their valise (suitcase).

Pro: You’ll save precious minutes in the morning that you normally would have spent stacking throw pillows on your bed.

Con: Without all of those extra pillows, your bed won’t have that same flair as the one in the Macy’s catalogue.

– For a look inside one of France’s most colorful homes, take a 360° virtual tour of Monet’s famous home in Giverny. Look around each room to read more about the artist’s life, from his favorite dishes to his collection of Japanese prints. Start the tour in French or in English here. 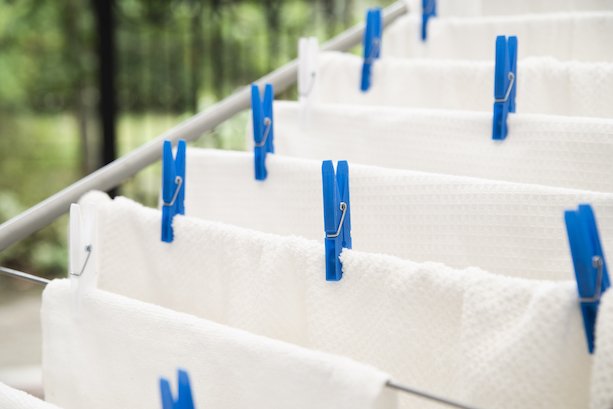 The last room is one that’s a little harder to find in France: the laundry room. Thankfully, the French do wash their clothes, but most don’t devote an entire room to it. Larger houses in the countryside might have one, but you’ll be hard-pressed (pun intended) to find one in a tiny Parisian apartment. Washing machines are found in the kitchen or bathroom, and dryers are a rarity. This means that if hang drying isn’t your speed, you’ll be off to la laverie (the laundromat). Some homes do have a dryer, or a machine that washes and dries, but the French still prefer to hang dry their clothing on a Tancarville since it’s more economical and environmentally friendly.* You may be used to machine drying most of your clothes, but at least you’ll never shrink a sweater!

Pro: Hang drying your clothing is good for the planet and your wallet!

Con: By the time they finish drying, your clothes might be out of season.

The Tancarville is a drying rack invented by the French company Dupré in 1963. While the standard French word for “drying rack” is étendoir, the company named their drying racks after a bridge in the city of Tancarville, which has a similar shape.

Tired of waiting around the laundromat between cycles? Grab your laundry bag and head over to Wash Bar in Bordeaux, France’s first laundromat/café/bar that’s open until 2am. Click here to read more. 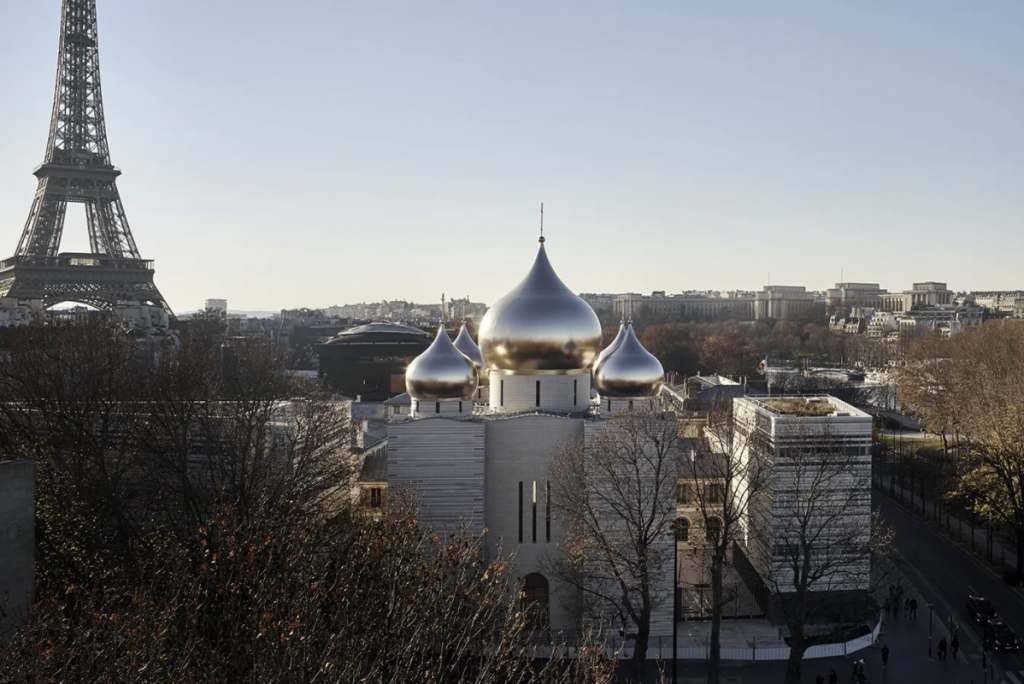 A list of the greatest 19th and 20th-century French architects you should know about.