The History of French: 5 Surprising Facts

Have you ever wondered where all the complex grammatical rules in French come from? Or why some French words are related to German ones while others share roots with Spanish? Or, the million dollar question: why is France the only country that has a special Académie devoted to preserving its language?

We think it’s important that our students learn about the history of French in order to fully understand how rich the language is. This is why we’ve worked with our wonderful teacher Anicet to design a fun crash-history course. Anicet will introduce Coucou students to some of the scarier-sounding parts of French, so that they’ll leave will an excellent understanding of morphology, semantics, and syntax. We believe that once you’ve mastered these concepts, you’ll feel much more confident in your approach to learning French. So, to kick off our French history course, we’ve come up with 5 surprising facts about the language. C’est parti!

1. The Mystery Surrounding the Strasbourg Oaths 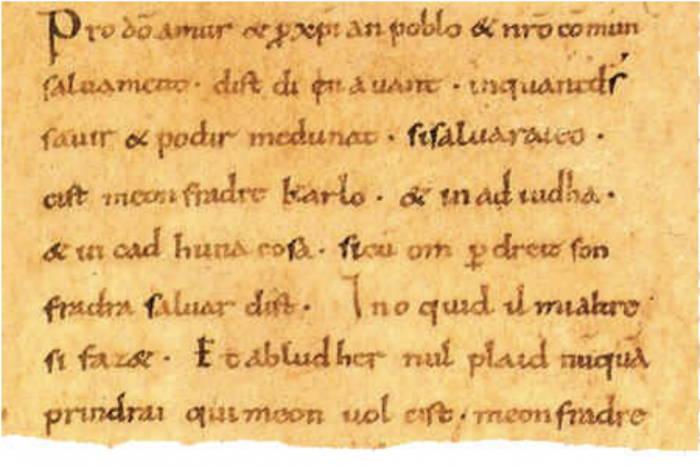 If you’re a language or history fanatic, you might have already wondered when the first French sentence was written. Well, unfortunately for French linguists and historians, there’s no simple answer. This cool Wikipedia article breaks down the first written accounts of languages in chronological order. But, if you look at the table, you’ll notice that there’s an entry for “Old French” and not just plain “French.” Why? It turns out that no one can agree on how to classify the 842 Serments de Strasbourg (Strasbourg Oaths).

Some linguists claim that the Strasbourg Oaths, sworn by Charlemagne’s grandsons, are merely written in a bizarre version of Latin. Others argue that the scribe who wrote down the oaths didn’t know how to spell French as it was spoken. But, even if we assume that the scribe transcribed an early version of French, scholars cannot prove where this ancient French came from (could be northern Picardy or even southern Provençal!).

Want to learn more about how Vulgar Latin evolved into French? Or about the fascinating divergence between the Oïl and Oc languages? Or about the evolution of new and important sounds like [œ] in fleur (flower) and [ø] in soeur (sister)? 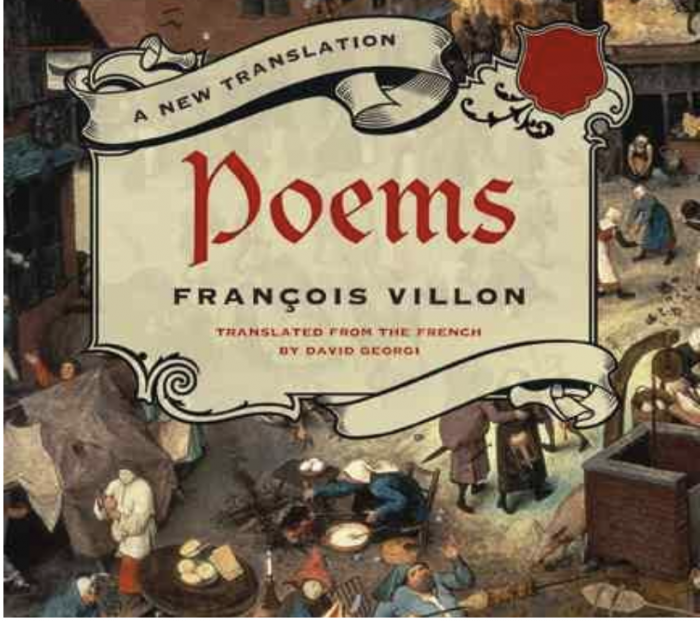 Up until the 16th century, French contained many more Germanic words. But, as Latin became more fashionable during the Enlightenment, words that didn’t come from Latin began to disappear! They were replaced with Latin derivatives, and French sentence structure also began to resemble Latin syntax more closely. If you read the works of the 15th-century poet François Villon in French, you’ll see that the language was quite different. Villon wrote in what is known as “Middle French,” which looks like this:

As you can see, “umaine” didn’t have an H, as it does in present-day French. “Espaulles” was spelled with an S, and only later became épaules with an accent on the E. (Kind of like how “forêt” and “hôpital” used to have a letter S in them!). But weirder still, there are Ys everywhere! “Issue” is spelled “yssue,” and what is up with “quoy”? It turns out that, at the time, people were obsessed with the letter Y, and meanwhile erased K and W from the French alphabet! Some letters apparently just weren’t Latin enough. 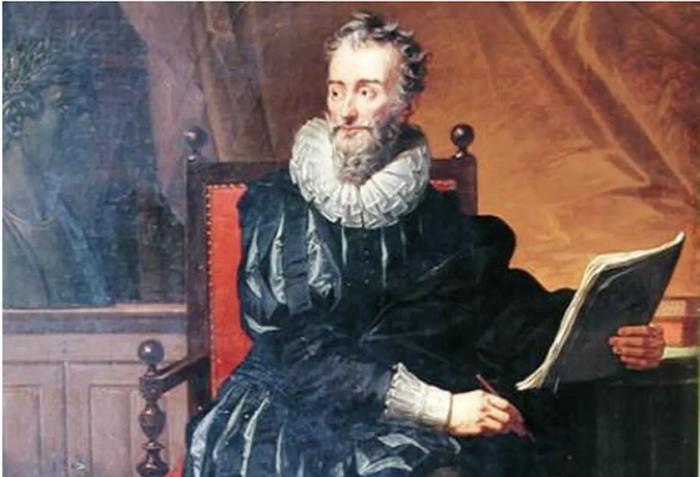 Where does French-language snobbishness come from? In The Story of French, the authors trace it back to poet and critic François de Malherbe (1555-1628): “quite possibly the biggest and most brazen language snob the world has ever seen.” What made him such a snob? Where to begin… First of all, Malherbe wanted to strike certain words that he personally didn’t like from the French language. He insisted that the word vent (wind) should be changed because it had become a synonym for fart. Malherbe even went so far as to scold Prince Louis XIII for spelling his name “Loys.” In an even more absurd gesture, Malherbe refused to be treated by a doctor called Guenebeau because he thought Guenebeau sounded like a dog’s name.

Malherbe became so famous that most wealthy people began obeying his every rule. Up until Malherbe, it had been fashionable for French speakers to borrow words from other languages. Malherbe, however, insisted that this practice was “ignorant” and that it would “corrupt” the French language. By the time of Malherbe’s death, the expression “un français châtié” had taken hold. To say someone had un français châtié (literally, a “punished” French) meant that there were no faults in his or her speech. This became the new, highest form of compliment.

Malherbe is often called the forbearer of the Académie Française. If you want to learn more about Malherbe or the famous Académie, check out: 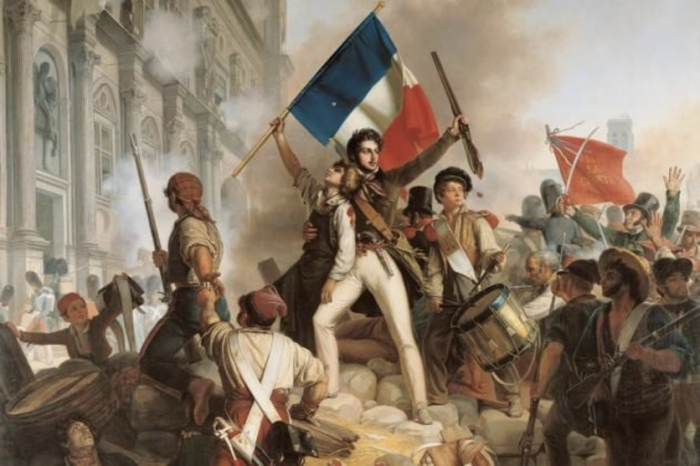 While Italians borrow many words from English, like “computer,” the French say, “ordinateur.” This doesn’t mean that the French are totally immune to anglicisms, however. They say “un thriller” or even “le marketing.” But, historically, the Académie Francaise has looked down on anything that corrupts the “purity” of French. (Thanks, Malherbe!) In fact, you might have figured out by now that the French have a bit of a superiority complex when it comes to their own language. (This isn’t entirely true, but… French may be the most beautiful language in the world.)

But get this: the “Standard French” that people argue over today hasn’t existed for very long! In fact, regional dialects were prevalent in France until the mid-20th century and many still continue to be spoken. Here are two mind-blowing statistics: right before the French Revolution, only 3 million out of 28 million French citizens could understand what we now call French. While Napoleon’s empire and the advent of a unified French school system changed this, in 1940 half of French citizens still spoke a regional dialect at home!

Are you interested in learning more about different varieties of French? 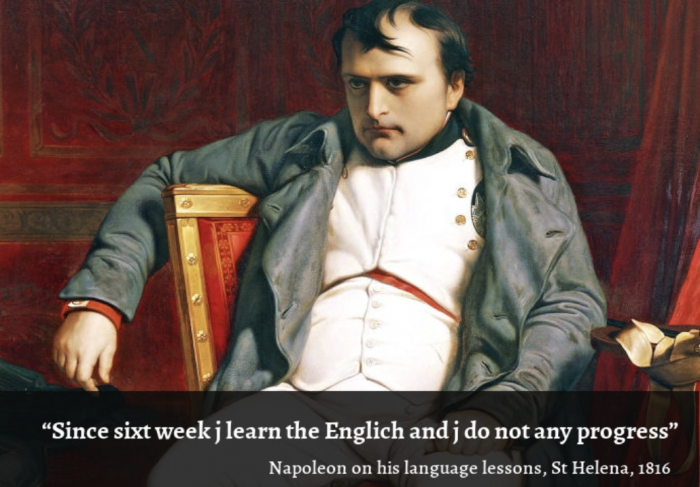 There are so many surprising facts about the French language (Did you know that the largest French-speaking city in the world is Kinshasa, the capital of Congo?), but we cheated on this last one. It’s not really about French, but instead about a French person trying to learn English. We think all our students could use a fun anecdote like this one once in a while so here goes!

While he was banished to St. Helena, Napoleon Bonaparte began taking English lessons with his close friend, Count Emmanuel de Las Cases. You can read many of Napoleon’s English journal entries and letters at Napoleon.org. Unsurprisingly, Napoleon stubbornly refused to write “I” (he thought “je” was prettier), so almost all of his sentences contain Js. An example: “Since sixt week j learn the Englich and j do not any progress. Six week do fourty and two day. If might have learn fivity word four day j could know it two thusands and two hundred.” Not half bad for only a few months of practice!

But, apparently, Napoleon’s accent was hopeless. Count Las Cases wrote that “Even in his own language, [Napoleon] had a way of garbling proper nouns; as for foreign words, he pronounced them just as he pleased. Once they left his mouth, whatever way he had pronounced them, they remained forever that, because he had, once and for all, lodged them in his head in that way.” Message to our French students: you may never become an emperor, but, with a little work, your French will sound better than Napoleon’s English!

Are you interested in learning more about historical overlaps between French and English?

Want to learn more? Sign up for our History of French Workshop with Anicet!