If you want to sound more French, it’s essential that you work on your pronunciation (check out our article about how to improve your accent here). You should also avoid these common errors, watch French TV shows, and learn some common slang words. But what will help the most is unlearning some of the things you were incorrectly taught about French in the past. Let’s start with “comme ci comme ça.” This is not something native French speakers say. We promise. This is something foreigners are taught to say. If someone asks you how you’re doing and you want to say “so-so” in French, you can say “bof” or “ça va mais pas top.”

Below, you’ll find a list of the things French speakers actually say all the time to help you sound less like a foreigner. If you find this advice helpful and want even more tips and tricks to boost your French to near-native level, check out our “Sound Like a French Person” workshop series! 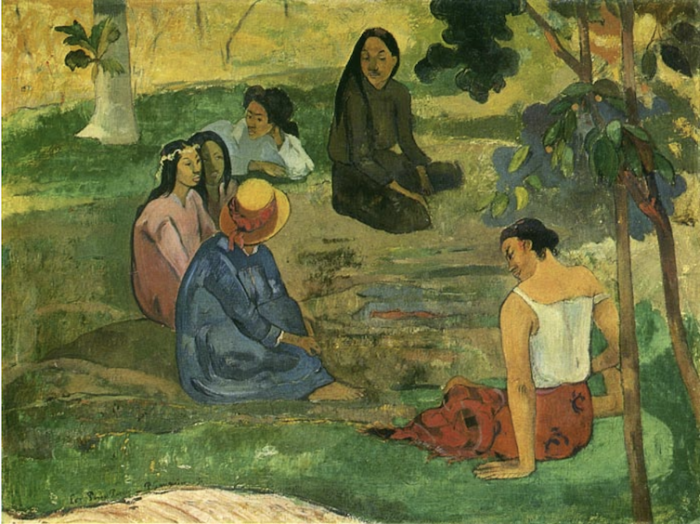 In fact, this is pretty similar to English. We don’t always invert the subject and verb when we ask questions. There’s no way to know whether “You want to go out this evening” is a statement or a question unless I add a question mark or change the tone of my voice. Here is the good news: this makes asking questions in French a whole lot easier! You don’t have to change anything about a French sentence to make it a question: just raise the pitch of your voice a little at the end as you would in English.

Here are some examples: 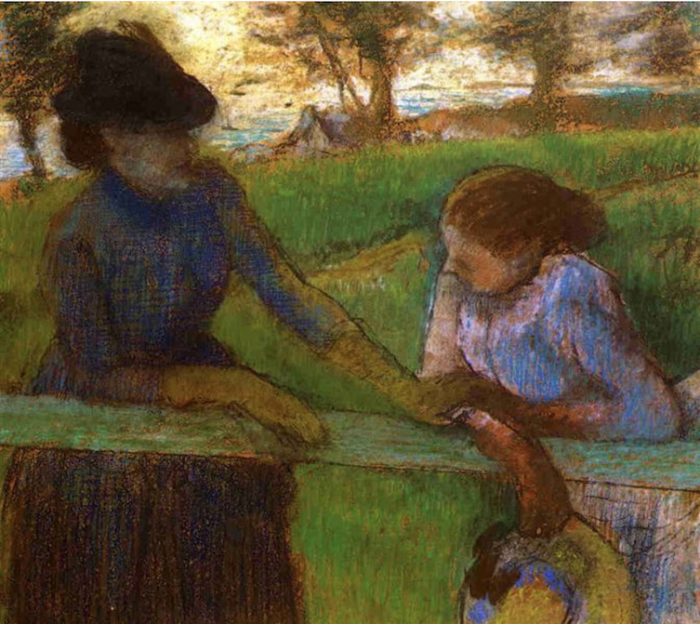 As you probably know, to make a statement negative in French you need two words: “ne” and “pas.” Like so: “Je ne sais pas.” But you might have noticed that in French TV shows or movies, most people simply say, “Je sais pas.” While this is technically incorrect, everyone does it! Ok, maybe not the members of l’Académie Francaise, but even Emmanuel Macron drops the “ne.” If you want to get really good at French, you should practice using the “ne” and the “pas,” but when chatting casually with a native speaker, feel free to drop it. Note that you can also drop the “ne” from expressions like “ne… plus,” “ne… rien,” and “ne… jamais.” 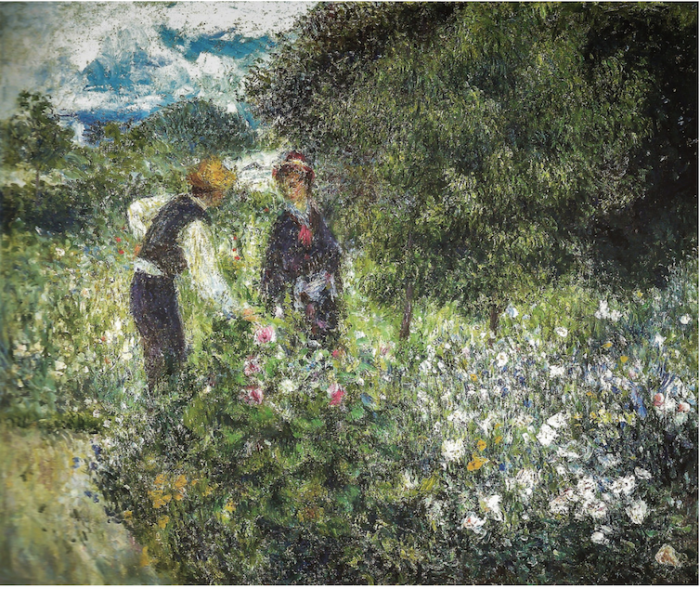 Conversation with the Gardener by Pierre Auguste Renoir

We shorten our speech in English all the time: “Wanna,” “Gonna,” “‘Scuse me” are three examples that come to mind right away, but there are tons of contractions that you use without even noticing it. The French do this too. You might know that they don’t say “Tu es,” but rather “T’es.” This contraction is so common that it doesn’t sound particularly informal.

Here are some other common contractions that most young French speakers make: 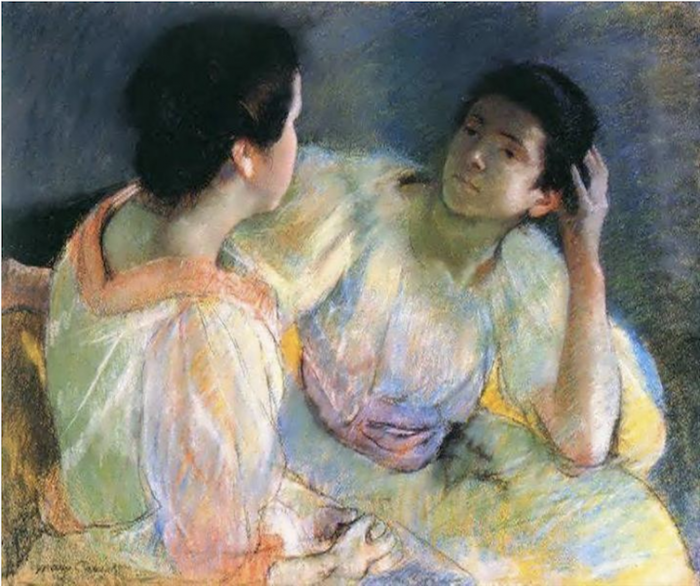 The Conversation by Mary Cassatt

In English, we have “like,” “well,” and “y’know.” In French, there are a whole bunch of similar words you can throw into your sentences that don’t really change the meaning, but make you sound more like a native speaker. Here are some options: bah, enfin, hein, quoi… The list goes on! The French call these things “les tics de langage.” If you read French at an advanced level, you might enjoy this article about les tics.

Here’s how to use common filler words:

– Enfin (bref): You can use “enfin” by itself like “umm” when you’re hesitating or correcting yourself, but you can also use the pleonasm “enfin bref” to say “anyway,” “basically,” or “long story short.” There’s a great French show called “Bref” that will help you understand how this word is used!
–> “Ses yeux sont marrons, enfin, noisette.” (His eyes are brown, well actually hazel.)
–> “Enfin bref, je voulais dire…” (Anyway, what I meant to say was…)

– Quoi: When not followed by a question mark, this is generally the French equivalent of “y’know” or “whatever” in English. It’s used to emphasize a statement, but can also signify that the speaker is feeling annoyed.
–> “Euh, chais pas mais je pense que c’est un truc qui se mange, quoi.” (Um, I dunno but I think it’s a type of food or whatever.)
–> “Fais un effort pour une fois, quoi !” (Try for once, will ya!)

– Voilà: You’ve probably heard this word used in English, but what you might not know is that the French love to use it to end their sentences. Ask a French person to explain something, and they’ll probably start with “Alors…” and finish with “…Voilà.” It’s basically like saying, “So, yeah” or “So, there you go.” When you can’t think of anything else to say at the end of a sentence, try “Voilà” or even “Voilà voilà.”
–> “Bah, voilà quoi.” (“Well, yeah so, there you have it.”)

There are lots of other tics de langage, like genre, du coup, j’avoue, carrément, and en mode. We won’t explain all of their uses here, but if you’d like to learn more about them, watch this excellent video!

Replace “Nous” with “On” 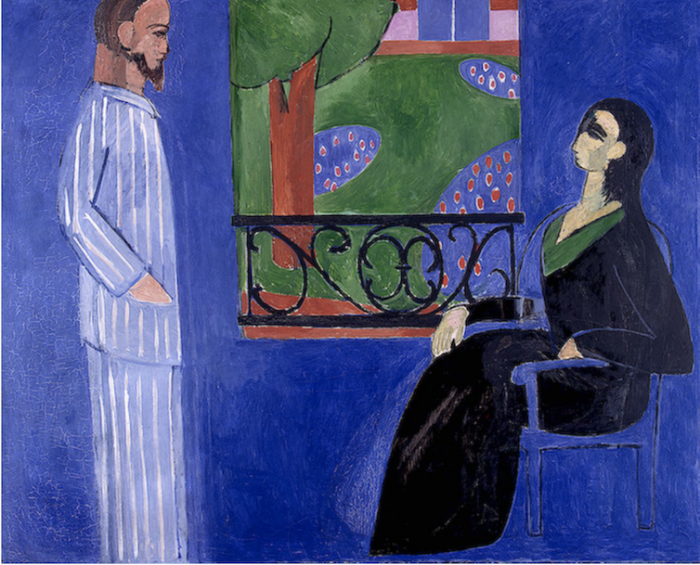 The Conversation by Henri Matisse

If you studied French in middle or high school, you probably learned that the pronoun “nous” is what you use to say “we” in French. But in reality, hardly anyone uses “nous” anymore unless it’s in a formal context. Most French speakers use the 3rd person singular pronoun “on” instead. They will, however, use “nous” when they are writing an academic paper or an email for work.

Here are some examples: 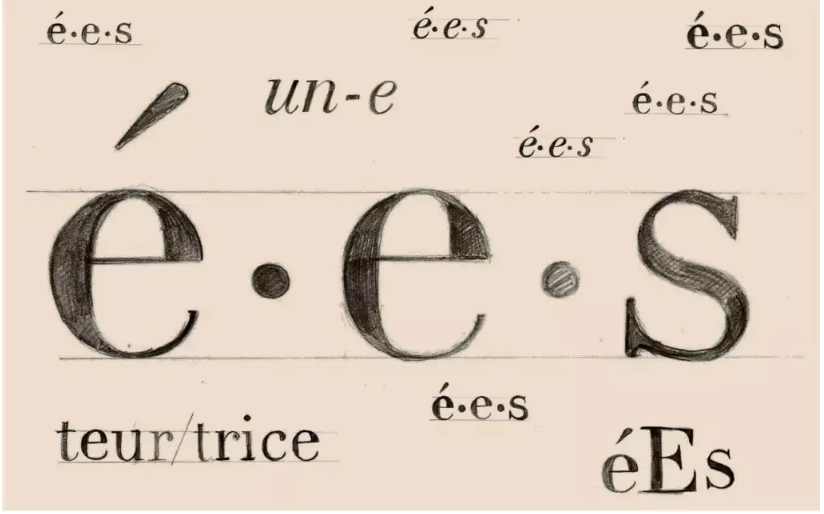 The Coucou Guide to Inclusive and Gender-Neutral French

Learn about the famous “point médian,” the gender neutral pronoun “iel,” and much more!