The hardest French Words to translate into English

Hors d’oeuvre, chic, déjà vu… The English language has borrowed tons of words and expressions from French. Still, there are lots of mots en français that we wish existed in English! For instance, why isn’t there a word for the amazing feeling of setting foot in a different country? Here’s our list of words that are almost impossible to translate and very common in French. All students should know how to use them, so we’ve included example sentences for practice! 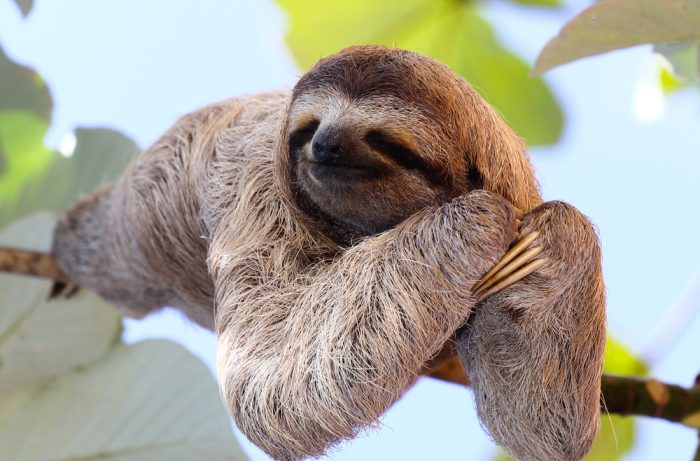 In French, people who “have the phlegm” are lazy. Next time you can’t be bothered to do something, you can sigh dramatically and say, “J’ai la flemme.” The French flemme and the English “phlegm” both come from the Latin word phlegma. Originally, phlegm referred to one of the four medieval humors; phlegmatic people were supposed to be apathetic.

There’s no perfect way to translate Avoir la flemme de faire X, but the British expression “can’t be bothered” and the American “too lazy to do X” or “don’t feel like doing X” are pretty good approximations. You can also say “Je suis un(e) flemmard(e)” if you want to call yourself a really lazy person.

If you look “bêtise” up in a French-English dictionary, you’ll see the following suggestions: mistake, naughtiness, or nonsense. The word comes from the adjective bête, which means stupid or foolish. We have a lot of different words in English for this single French word that encapsulates all the foolish things people are capable of doing. Bêtise has a slightly childish connotation. Children often tend to faire des bêtises, but French adults can faire des bêtises (make silly mistakes) too.

“Si je ne dis pas de bêtise” is the French way of saying, “If I’m not mistaken,” which literally translates to “If I’m not saying nonsense.” Another French word that’s similar to bêtise (but less polite!) is connerie. If you want to refer to a bunch of stupid things or actions you can says les bêtises or les conneries. 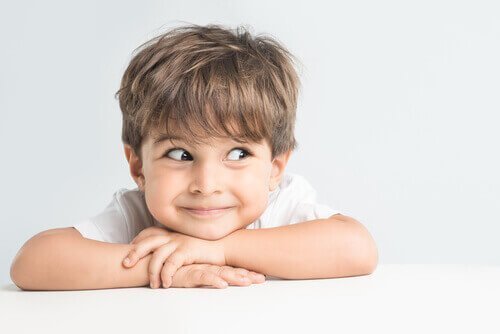 Type “coquine” into google images and you’ll find a bunch of racy photos of women, but the word doesn’t only have a risqué connotation. It can mean “naughty” in a sexual sense, but can also be used to describe children. Un coquin is a little rascal or scoundrel.  As an adjective, “coquin” means “cheeky” or “mischievous.” Another good word to know that also means mischievous is espiègle, which has no sexual connotation at all. 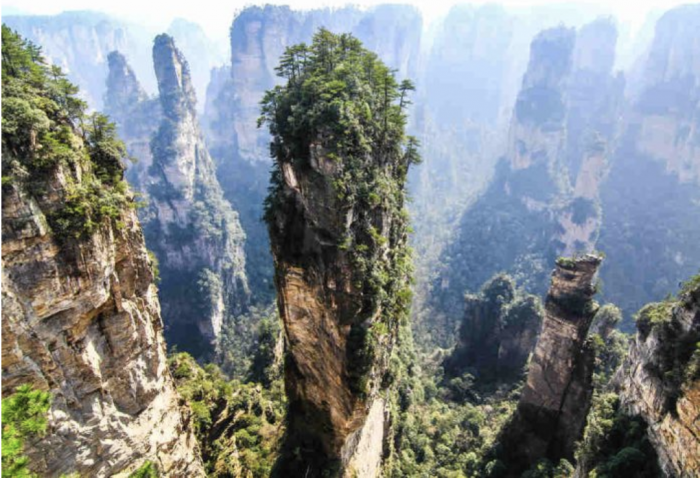 Pays means country in French, so a word that begins with dépays literally means “un-country.” The adjective dépaysant is usually used to describe an experience that is unfamiliar or exotic, and is almost always used in a positive way. The verb dépayser means to break habits or become disoriented. While there’s no direct equivalent of this word in English, the concept of dépaysement (culture shock/change of scene) is easy for English speakers to grasp. 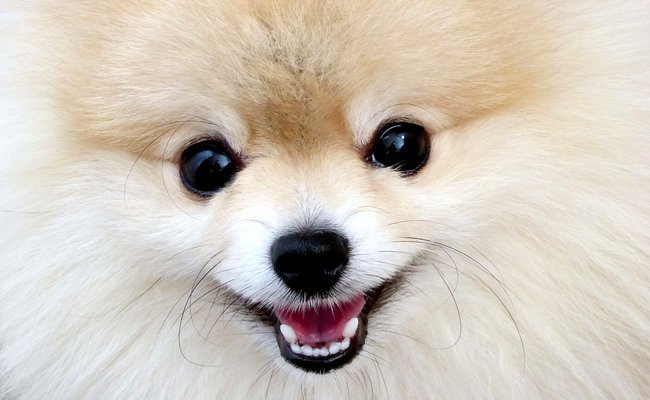 Don’t be confused by the photo above, we chose it because the dog is adorable–not because it accurately represents all of the definitions of gueule. You may have already learned that “ta gueule!” means “shut up!” or “shut your mouth!” in French. The word gueule originally applied only to animals’ mouths (“muzzles” or “maws” in English), but now it’s commonly used to refer to people’s faces. Simply put, if you think someone looks good or seems nice, you can say they have une belle gueule. If you think they seem horrible or ugly, you can say they have une sale gueule. This works for objects, too.

Finally, you should also know the popular verb gueuler, which means to shout, yell, holler, wail, or generally make any kind of loud, dramatic noise. 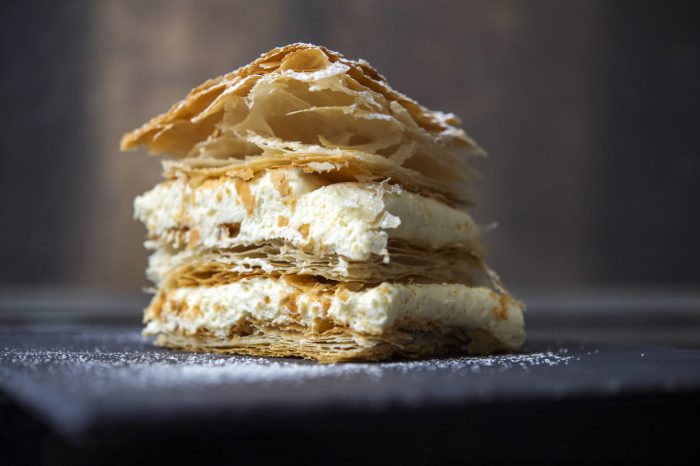 This is one of our favorite French words that doesn’t translate well into English! It means the love of good food. If you indulge yourself by eating more than you should, you can say you did it “par gourmandise.” While la gourmandise is usually a positive thing (we think!) it also refers to one of the seven deadly sins: gluttony.

From gourmandise come the adjectives and nouns gourmand and gourmet, which have slightly different meanings. A gourmand loves to eat and drink, sometimes to excess, and the term can sometimes be pejorative. A gourmet describes someone who has a refined palate and really knows good food and wine – the term carries a connotation of sophistication. Someone can be both a gourmand and a gourmet, or just one without the other. 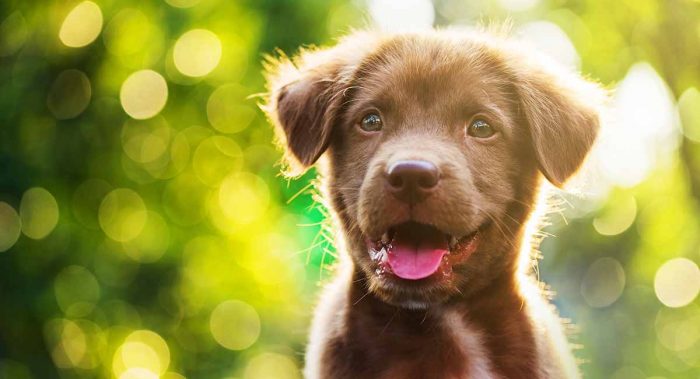 Like gueule, the word mine refers to the face, or to a person’s general appearance. It can mean someone’s “look,” “attitude,” or “complexion.” Avoir bonne mine is a common expression that roughly translates to “look good/well” or “have a good complexion.” Avoir mauvaise mine is the opposite: if you say “Il a mauvaise mine” you’re implying that the person looks sick, tired, or terrible. A person can also have une mine de papier mâché (look like death warmed up) or une petite mine (look peaky). And someone can faire triste mine (look sorry for himself) or faire grise mine (literally “do a grey face,” which means to look glum).

An important idiomatic phrase to know is mine de rien (face of nothing), which French people use when they’re referring to something done nonchalantly, casually, or offhandedly. 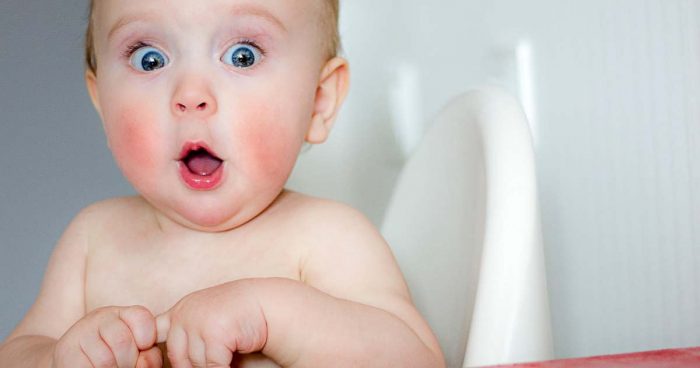 This might be the French-est phrase on our list. The French can’t live without it. A language without the expression n’importe quoi? C’est n’importe quoi! (That’s crazy talk/nonsense!) The phrase means both “anything” and “whatever.” It’s used often to describe something that makes no sense or is completely absurd. For instance, in English you would say, “A mayonnaise, chocolate, and ginger ale sauce? That’s insane!” In French you’d say, “C’est n’importe quoi!” If you’d like to learn more about the uses of n’importe quoi, n’importe comment, n’importe qui and other n’importe expressions, check out this article!

This a typical French expression that’s very difficult to translate perfectly into English. When you’re surprised by something you can use it as an interjection. It’s sort of like saying, “Really? You’re joking!” “No way!” “Wow” or “No kidding!” It can also mean “Not bad!” For instance, your friend tells you he threw a little party last night, but then says there were twenty people there. You can say, “20? Ah oui, quand même!” You’re indicating that twenty is actually a lot, considering that he said the party was small.

Quand même also works as a way of emphasizing something. It’s like saying “no, really, I mean it” in English. It also means “still,” “all the same,” and “anyway.” An example: You ask your brother for money, he says he would lend you some if he wasn’t broke. You can say, “Merci quand même,” which means “Thanks anyway.”

Note: Quand même is notoriously difficult to translate. If you’d like more examples, check out this WordReference thread where people have helpful suggestions for all sorts of sentences. 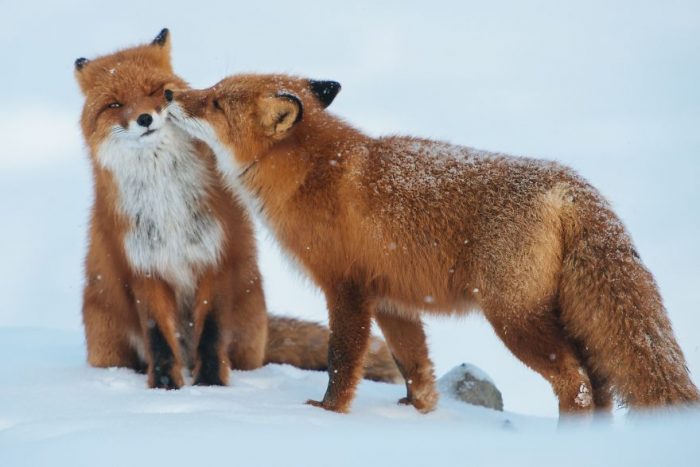 “Bises” and “bisous” literally mean “kisses,” but French people often use these phrases the way we use “xox” or “love” informally in English. But be careful: bisous is more intimate than bises. “Grosses bises” (big kisses) is a warmer way of saying “bises.” “Gros bisous” is reserved for very close friends or family members. It’s perfectly normal for French people to sign off texts or emails with “bises” (it’s kind of like saying, “take care.”) After all, the French love doing la bise (those air kisses most Americans dread!).