All About France’s Famous Rebellious Spirit

For Coucou’s Bastille Week, we’re celebrating the French Revolution and its international importance. Not only did the Revolution introduce new rights for women, mark the beginnings of abolition in France’s colonies, and establish liberty and equality as core French values, but it also became one of the most important moments in modern world history. The Revolution’s legacy endures and continues to inspire revolutionaries around the  globe.

But the Revolution of 1789 wasn’t the only revolution to transform the social and political landscape of France. The French love to protest, and there are plenty of other French revolutions that shaped France’s future. Below, you’ll find a list of lesser-known revolutions that had important impacts on France and many other countries. 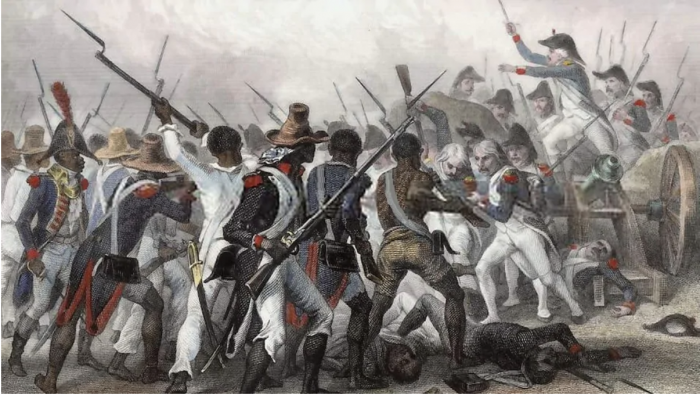 Did you know that Haiti was originally called Saint Domingue? In 1804, its people overthrew their white oppressors and declared independence from France. Saint Domingue was reborn as the Republic of Haiti and became the first country to be founded by former slaves. Although you might not have studied the Haitian Revolution at school, you should know about it for a couple of reasons.

The revolution was such a diplomatic disaster for Napoleon that he gave up trying to create a French empire in the Western Hemisphere. If Napoleon’s army had won, he might have continued to try to colonize the US, which means that the Louisiana Purchase might never have happened! Even more importantly, the revolution convinced the French and the British to end the transatlantic slave trade and to consider giving blacks more rights. 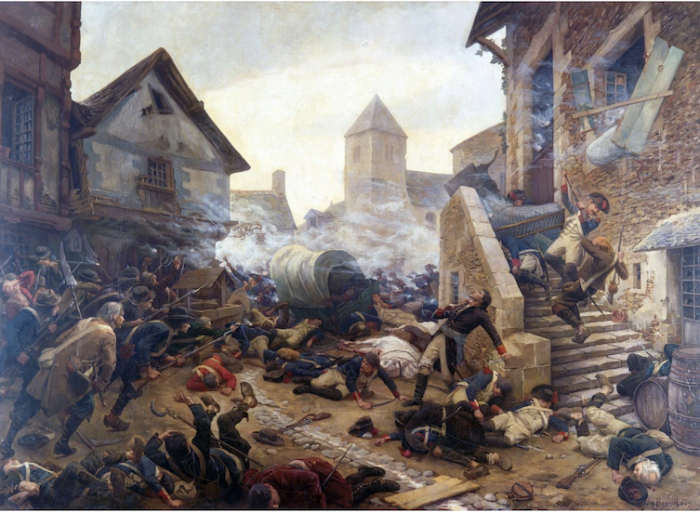 While you might have thought that most of the French were happy to have overthrown their monarch in 1789, there were actually many counter-revolutions at the end of the French Revolution. The West of France remained particularly Royalist, and, by 1793, citizens of the Vendée began protesting against rising poverty and food shortages. When the new French government announced that it was going to draft 300,000 more peasants to help the army at the frontier, les Vendéens decided they’d had enough. Brutal battles broke out in Nantes and Angers, and although the uprisings were ultimately stopped, their impact continues to fascinate French historians. 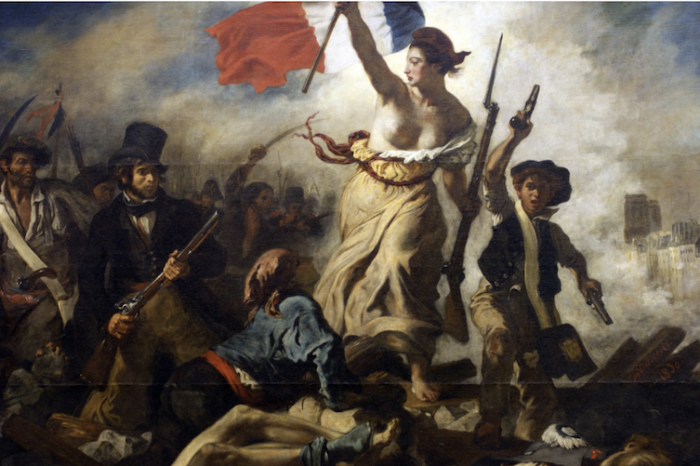 The painting above is often associated with the French Revolution of 1789, but Delacroix actually painted it to commemorate the July Revolution. Known in French as Les Trois Glorieuses, this three-day insurrection led to Charles X’s abdication and brought Louis-Philippe to the French throne. The July Revolution actually wasn’t that revolutionary economically speaking; it helped the bourgeoisie consolidate political power and created greater social unrest. 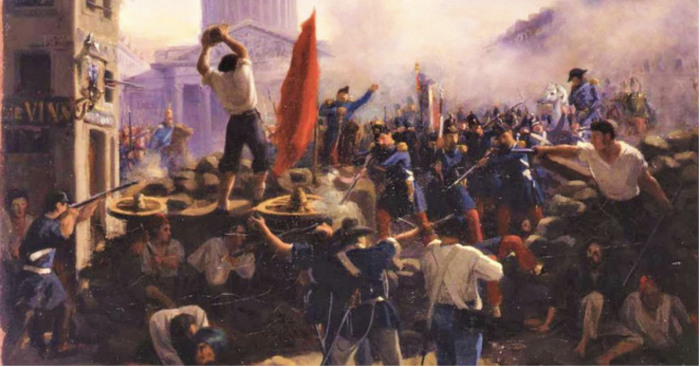 Only 18 years after the July Revolution and against all expectations, another revolution took place in France. The 1848 Revolution, sometimes called the February Revolution, is often forgotten or overshadowed by Louis Napoleon Bonaparte’s coup d’état in 1851. Nevertheless, the French owe major advances to the short-lived Second Republic, which lasted from 1848 to 1851. These include the abolition of slavery and the abolition of the death penalty for political crimes in France, as well as a new law about le suffrage universel masculin. (Women still couldn’t vote, but men over 21 from any social background and of any race now had a voice in politics!) 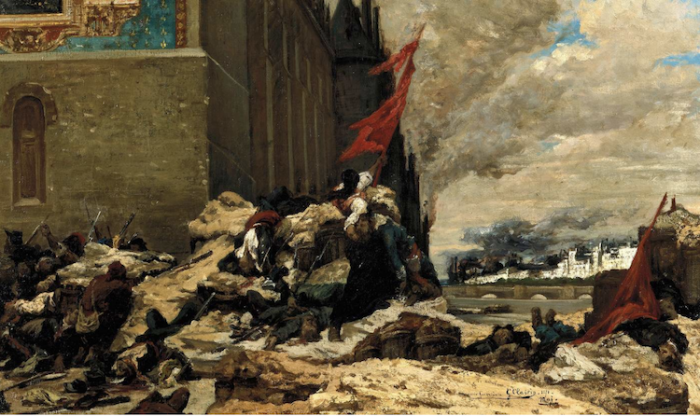 Known for its famous “semaine sanglante” (bloody week), the Paris Commune was a short revolutionary period in which Parisian commoners rose up against the bourgeois ruling class. After beating back the French army, the newly elected National Assembly established a workers’ organization and proletarian government. It also inspired citizens of several other French cities (including Marseille, Lyon, Saint-Étienne, Toulouse, and Grenoble) to establish communes. All of these communes quickly collapsed, but the Paris Commune nevertheless influenced Karl Marx, who called this period the first “dictatorship of the proletariat.” The Paris Commune also inspired the communes of Moscow (December 1905), Budapest (March–July 1919), Petrograd (1917) and Shanghai (1927 and 1967). 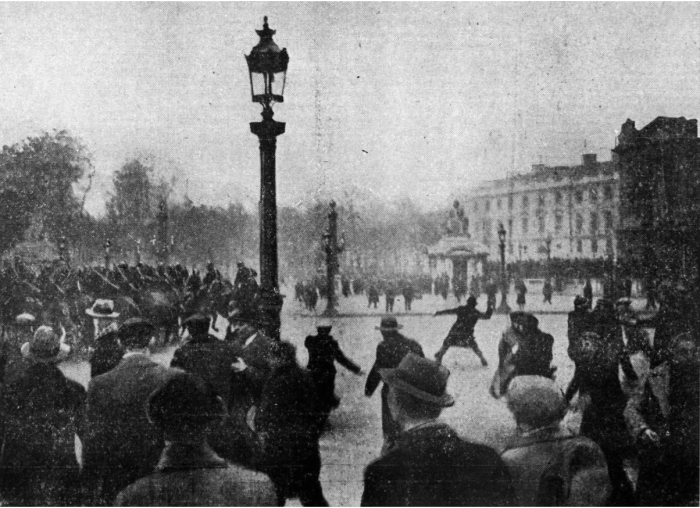 You may not have heard of the “Stavisky Affair,” but this little-known scandal triggered right-wing agitation in France and led to one of the major crises for the Third Republic (1870–1940). In a nutshell: when embezzler Alexandre Stavisky was found dead in January 1934, officials announced that he had committed suicide. But members of the far right became convinced that he had been murdered to cover up the financial wrongdoings of French politicians.

This conspiracy theory fueled the fire of fascist groups like Action Française and the Croix de Feu, whose demonstrations culminated in a riot on February 6, 1934. Fifteen people died and leader Edouard Daladier stepped down from power. His resignation ushered in the French “National Union Government,” but while the new government remained stable, tensions remained between the left and the right, which would only grow worse at the beginning of World War II. 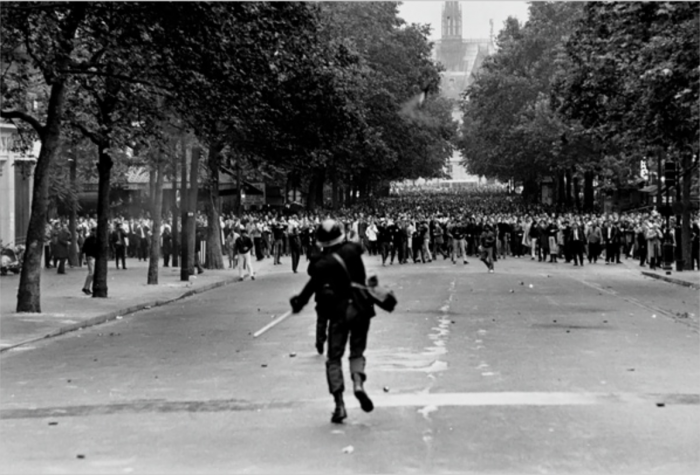 May ‘68 began as a student revolt in a suburb of Paris and turned into a general strike that involved over 10 million French workers. During the month of May, the worst rioting took place in Paris since the Popular Front era of the 1930s. The French economy came to a standstill, and a panicked Charles de Gaulle secretly met with the West German army’s General Jacques Massu, ensuring his support in the event that his troops were needed to beat back the revolutionaries.

Other important and revolutionary figures/events in French history:

The Best French TV Shows on Amazon, Netflix & Hulu in 2020

Not sure what to watch during this confinement? We’ve got you covered!