France has given birth to some of the world’s most famous architectural movements, including French Gothic, Rococo, Beaux-Arts, Art Nouveau, and Art Deco. You may know the works of Le Corbusier, the father of Modern architecture, or have heard of contemporary starchitects Jean Nouvel and Dominique Perrault. But, besides these famous architectes, could you name many others? If not, read our list so that when you see one of the buildings on it in person, you’ll know who designed it. We hope that the photos below might also inspire you to plan a modern French architecture-themed trip! 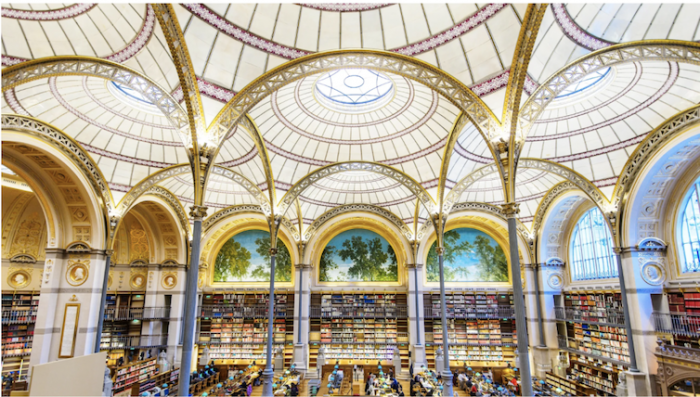 Henri Labrouste entered the École des Beaux-Arts in Paris in 1819, won the Prix de Rome for architecture in 1824, and spent some of his life in Italy. He is primarily remembered for his two Parisian library projects: the Bibliothèque Sainte-Geneviève and the reading room at the Bibliothèque Nationale. If you visit Paris, you should make a trip to the two sites to see his famous decorated metal domes and slender cast-iron columns. 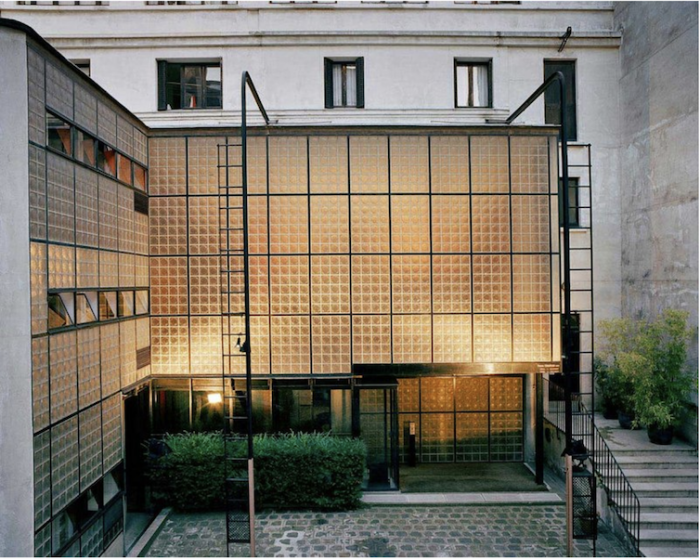 Pierre Chareau is one of the most eminent French architects and decorators of the inter-war period, as well as one of the emblematic figures of the Art Deco period. In 1919, he opened his own furniture design workshop in Paris. His major work is la Maison de verre (1928-1931), which sums up the principles of his work: formal invention associated with the finest materials and transformable furniture designed by the best artisans. His work deeply reflects his taste for artistic avant-gardes such as Cubism and the Dutch De Stijl movement. His last creation was a workshop designed for American painter Robert Motherwell. 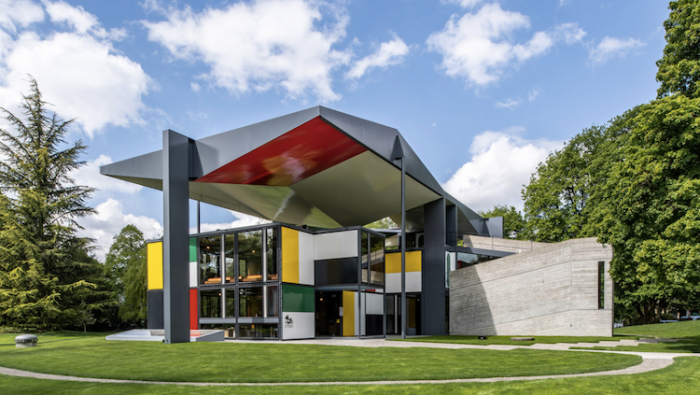 Charles-Édouard Jeanneret-Gris, better known by his pseudonym “Le Corbusier,” was born in Switzerland and is often considered the 20th century’s most influential architect. In 1917, he moved to Paris and soon founded Purism, an art movement that critiqued Cubism. He became a French citizen in 1930. Dedicated to providing better living conditions for the residents of crowded cities, Le Corbusier rapidly became famous for his innovative urban planning. In 2016, seventeen projects by Le Corbusier in seven countries were inscribed in the list of UNESCO World Heritage Sites. Le Corbusier developed “les Cinq points d’une architecture nouvelle” (Five Points of Architecture), which are considered the foundation of modern architecture. 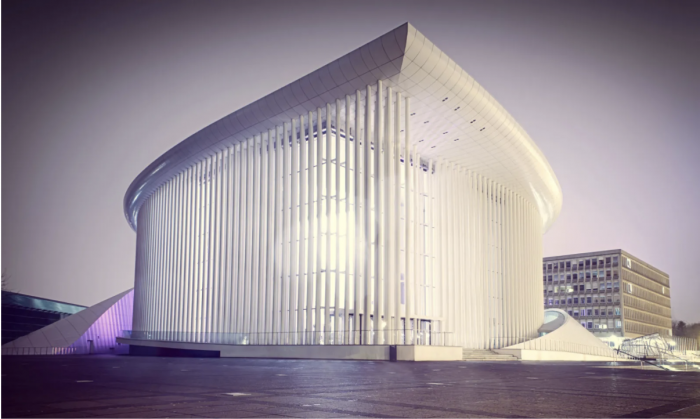 Christian de Portzamparc was the first French architect to win the Pritzker Prize in 1994. His interest in architecture began at a young age when he viewed sketches by Le Corbusier. He studied architecture at the École Nationale des Beaux-Arts in Paris. Portzamparc’s passion for music has led him to design many performing arts venues, including the Paris Opéra Ballet School in Nanterre and the Cité de la musique in Paris. He also constructed the Philharmonie Luxembourg (see photo above). One57, the Prism Tower and the LVMH Tower in Manhattan are some examples of his work that can be seen in the US. 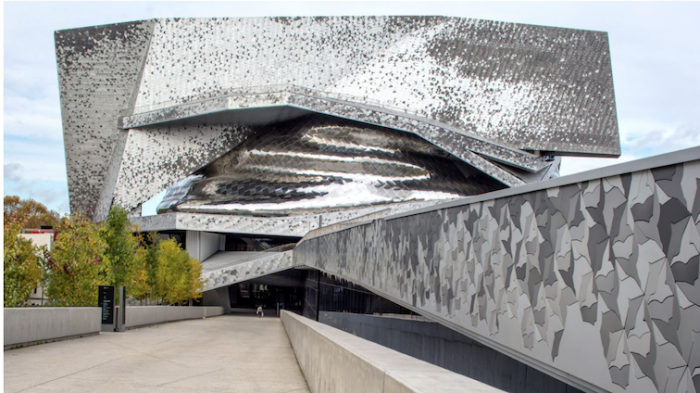 Often called France’s star architect, or “starchitecte,” Jean Nouvel was born in 1945 and studied at Paris’s renowned Beaux-Arts. He opened his first agency in 1970, and has built some of the most famous buildings in recent French history, including the Arab World Institute, the Cartier Foundation, the Quai Branly Museum and the Lyon Opera House. You may have seen one of the apartment buildings he designed at 40 Mercer Street in New York City. 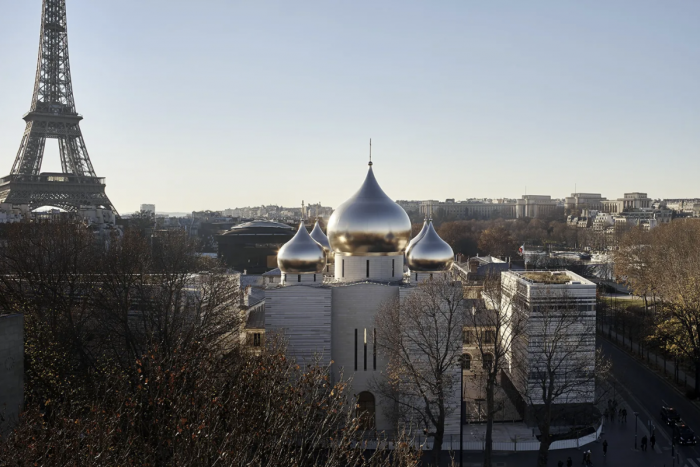 Architect, city planner, and designer Jean-Michel Wilmotte founded his architecture firm in Paris in 1975. In 1982, President François Mitterrand asked him to design part of the private apartments of the Élysée Palace. Willmott has redesigned a variety of cultural sites in France and has designed university campuses throughout the world. You can check out his ten most famous buildings here. 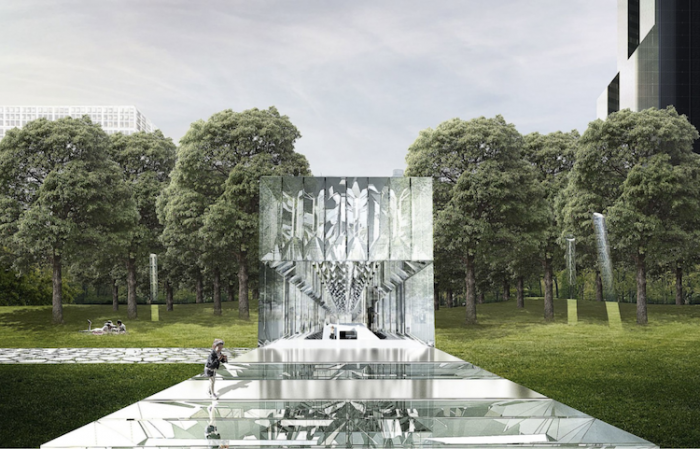 French architect and designer Dominique Perrault is known for his striking modernist designs and repurposed historic buildings. He gained international acclaim for his design of the Bibliothèque Nationale de France in 1995. Perrault created four buildings that stand like open books at the four angles of a rectangular plaza. The buildings, plaza, and all the interior furnishings were designed by Perrault in steel, glass, and wood. He has built structures throughout the world, including Vienna’s tallest skyscraper. Recently, he designed the Poste du Louvre in Paris, a post office originally constructed in the 1880s. 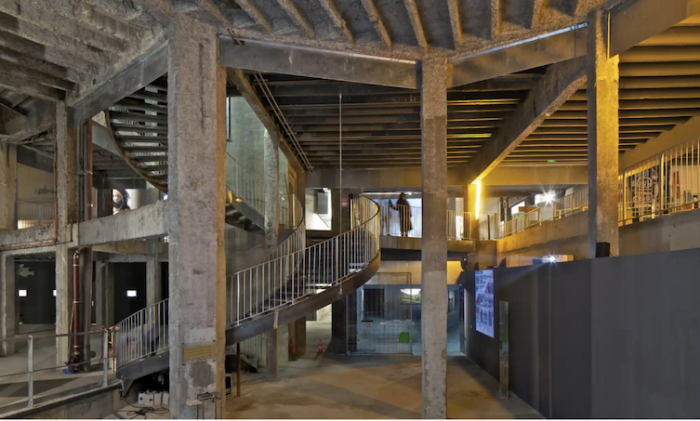 French architect and professor Anne Lacaton runs the famous Paris-based architectural firm Lacaton & Vassal with Jean-Philippe Vassal. They renovated the contemporary art museum le Palais de Tokyo in Paris in 2001 and were jointly awarded the 2021 Pritzker Prize. The recognition marked the first time a French female architect had won the Pritzker. Known for her sustainable approach to architecture and renovation, Anne Lacaton has “built her career on knowing how to intervene with the most economical of means.” You can learn more about her philosophy here.

We’ve put together a list of the biggest differences between French and American homes!